One of the most fascinating stories of the US music industry is the growth of Gospel – a genre which became a vehicle for feminism, merging the religious and the secular, the commercial and the political, and serving as a jumping board for many pop celebrities today. The magic of the gospel is now a popular tourist attraction.

The Brief History of the Choir Transformation: From Boys-only to Girls-mainly

Singing in a choir is the most popular art activity in the US – outshining all other creative activities, such as drama, dance, or visual arts. More than 23 million adults are gathering weekly to perform for their communities, in one of 250,000 choirs nationwide. Some choirs are secular, community-based organizations, but for many a choir is a part of a religious gathering in a church. Therefore the weekly Christian congregation serves as a central space for favorite creative activities, in addition to its role as a religious institution, and a hub for social relationships – generating a strong sense of togetherness.

The gender identity of choir singers has shifted dramatically in the past century, from a “boys-only club” into an “activity for girls”. In the 18th and 19th centuries, choral singing was almost exclusively a male affair, excluding women. Both religious and secular female singing in public concerts was rare to nonexistent.

The first crack in this exclusion was exposed by the organ players. The church expressed more tolerance and openness towards women playing instruments than women singing. One of the first documented pioneers of female organ-performance was Sophia Hewitt, who was the only woman to serve as organist in the 1810s and 1820s. Another organist who was among the first women in her profession was Lillian S. Frohock. She made an exceptional achievement in the 1860s when she stepped from her role in the church into secular concert halls – performing organ recitals of classical music in Boston and Brooklyn. The two were Boston-based organists, and that might not be a coincidence that it is in Boston where in 1925 Women Organ Players Club was formed.

With the growing public acceptance of female organists, churches opened up to appoint women as choir directors. In the late 19th and early 20th century, more and more women served both as organists and directed their choirs on a part-time, low paid basis. Caroline Lattin Beardsley became a choir director of a church in Connecticut in 1883, and before the turn of the century, Mary Cherubim Schaefer directed a choir in Slinger Village, Wisconsin, from the early age of 13. She also composed, wrote books and served as the head of a music conservatory. In Chicago, Estella C. Bonds was a dominant church organist and choir director in the 1910s. She was the mother of Margaret Bonds, who grew up to be one of the first nationally famous black female pianists and composers in the US.

While the leadership roles of the church – particularly pastorship – still remain a male-sphere, the choirs have gone through a gender transformation. Gradually, the doors of the church choir have opened up to women – to such an extent that today singing in a choir is viewed as a female activity. Many choral ensembles across the nation are reporting of a severe imbalance between the sexes, with less than 40% men singers. 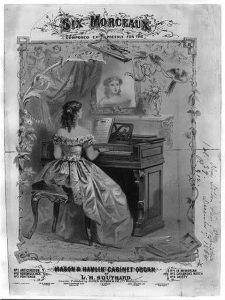 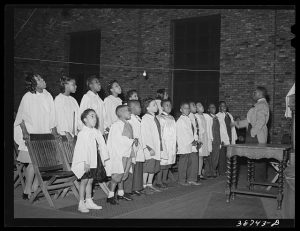 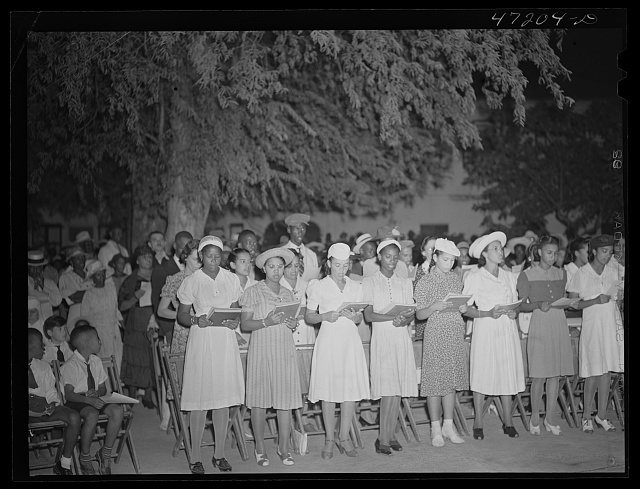 Parallel to the gender shift, the church choir, and its musical offerings have gone through another transformation – becoming popular and influential in the mainstream secular music industry. Also here women played a central role.

The most interesting in this context was the growth of the gospel genre. It evolved from the African-American spiritual music of the South. At the time, in the invisible churches of enslaved people, women participated in the singing and the dancing. One of the most dominant female singers of the time was Ella Shepherd, who in the 1870s took over the direction of The Fisk Jubilee Singers touring ensemble.

The urban gospel is said to have been born in Chicago, in the early days of the Great Migration of the 1920s and 1930s. Gospel songs were and still are performed by both black and white Americans, yet, the meaning of “gospel” – referencing the hopeful “good news” of Christianity – was particularly resonant with the black community due to the urgent concerns of emancipation and liberation.

Both men and women performed and even recorded gospel, but the first time the genre broke into the mainstream was with the 1938 hit “Rock Me” by singer and guitarist Sister Rosetta Tharpe. A decade after she demonstrated the commercial potential of the gospel, the singer Mahalia Jackson broke another record when her 1947 release “Move on up a little higher” became the first gospel recording to sell a million copies. Jackson developed a highly successful international career – winning Grammy Awards, singing at the presidential inauguration, featuring on TV and radio – and is still considered as the undisputed Queen of Gospel.

Her journey, as well as her fellow female singers, was paved with social obstacles. Gospel has notably promoted black women more than any other genre. But when they succeeded, singers such as Willie Mae Ford Smith, Sallie Martin, Roberta Martin, Lucie Campbell and Clara Ward were challenging the status quo on various frontiers: racist perceptions, male-dominated music industry, conservative church leaders who suspected gospel to be too “jazzy” for a religious gathering, and the men at their homes – both fathers and husbands.

The women who paved the way for Gospel as a popular music genre have visibly taken on roles of leadership, both creatively and as entrepreneurs. Their career required not only a great talent but also a clever navigation of commercialism and community dynamics. Exceptionally for a genre that was born in a patriarchal religious context, Gospel fostered a feminist music culture, both as individuals and as a collective empowerment tool. Sisterhood and solidarity between women in the industry were practiced. Jackson, for example, has recorded many songs by female composers, supporting women by promoting their copyright profits.

Towards 1950s gospel records became national bestsellers, comfortably crossing from the church into the realm of pop. The next singer to rise to international fame from a gospel background was Aretha Franklin, a preacher’s daughter, who starred in the pop charts of the late 1960s with hits. Her music was highly relevant to the liberation of women, as the feminist hit “Respect” captures. Written by Otis Redding as a song that promotes disciplined marriage, when it was performed by Franklin the song changed its meaning as the gender of the singer changed – expressing a women’s ability to be a breadwinner.

Singing was also a part of the politicized tradition of struggle. Like Franklin and Nina Simone, musicians who were raised in the church used the gospel rhythm to promote the Civil Rights Movement with what came to be called “Freedom Songs” or “Protest Songs”. Many gospel artists used the B-side of their records to insert less religious, and more political messages.

The commercial success of the genre went hand in hand with the socio-economical advancement of black Americans. Another important factor that helped gospel spread was when the American Federation of Musicians recording ban was lifted in 1944 – allowing independent labels enter the record market.

The Church Choir as a Factory of Fame: Contemporary Gospel-to-Pop Celebrities

Diana Ross was raised singing in the church, and Tina Turner sang in two churches before becoming R&B legend and a passionate Buddhist. One of the most famous recent names includes Whitney Houston, who followed her famous gospel singer mother Cissy Houston to the church choir at the age of 11, and later sold more than 170 million albums and singles in her short career.

She was followed by Jessica Simpson who sang at her father’s church before starring in MTV reality show; Pop star Katy Perry started out in gospel music; R&B and soul singer John Legend was a choir director; Kelly Price started in church and went back to her roots, with a gospel album after gaining fame; also Snoop Dogg released a gospel album, paying homage to his childhood in the choir; Justin Timberlake sang in his local choir. The influence of gospel can be found not only in their success stories, but also within other music genres, and most notably R&B. 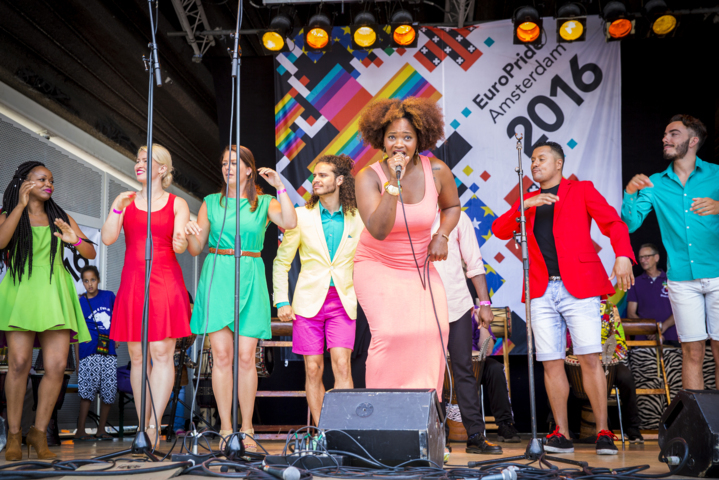 Gospel as a Popular Tourism Trend: Choir Tours and Festivals

The international popularity of Gospel music is evident also in the tourism industry of the US. Since the 1980s, many tour operators are offering “Gospel Tours” to tourists. A popular destination is Harlem – where some churches have more foreign visitors than local worshipers, turning from a community-congregation into a tourist attraction. Some churches assign special seating for tourists, while others try to prevent tour companies from advertising their activities.

In addition to guided tours, across the country there are annual Gospel Festivals, attracting massive crowds in the combination of religious music and tourism. One of the biggest festivals is in the birthplace of Gospel – Chicago. Chicago Gospel Music Festival takes place in Millennium Park and is free to attend. The 2019 edition is due on May 31.