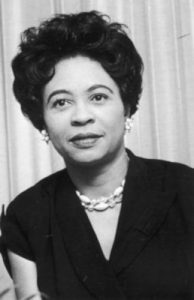 Daisy Gatson Bates Day is a state holiday in Arkansas commemorating the life, achievements, and impact of the journalist and civil rights leader Daisy Gatson Bates.
Bates was born in Huttig, Arkansas, and educated in the state’s segregated public schools’ system. In 1942 she married Lucious Christopher Bates, and they moved to Little Rock. The couple established a black newspaper and was involved in the local chapter of the National Association for the Advancement of Colored People (NAACP), where she later served as its president.

In 1954, after the Supreme Court ruled that segregated schools are unconstitutional, Bates gathered African American students to enroll in all-white schools, using her newspaper to spotlight schools that refused to accept the ruling. In 1956, when no change happened in Little Rock, the federal court ordered Arkansas’ school board to desegregate all the schools in the district by the following year. Bates took this to her hands and selected nine students to enroll in Central High School. She and the community drove them to school and protected them from the violent crowd. Bates and the “Little Rock Nine” lives were threatened, and they encountered various attempts to prevent them from entering the building, including a confrontation with the Governor, who directed the National Guard to prevent them from entering the school. Thanks to Bates’ tireless efforts, the Little Rock public school system was finally desegregated in 1960, and Bates gained national recognition.

Bates continued her activism work all her life. She worked to eliminate discrimination and to improve the life of African Americans in the South.

In 2001, Arkansas declared that the third Monday in February would become Daisy Gatson Bates days, alongside George Washington’s Birthday. On this day, various events are honoring and celebrating Bates and the significance of her actions. Schools are incorporating educational activities about Bates and the civil rights movement, and guided tours are held in Bates’ home, which is recognized as a National Historic Landmark. 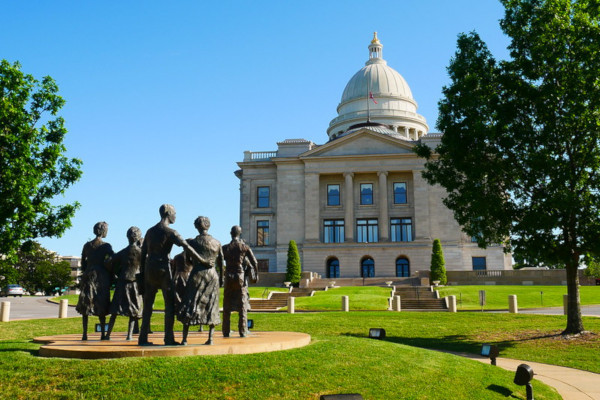