Home > Boston, MA > Boston - Things To Do > Boston - Stroll The City > Explore Beacon Hill and Back Bay in Boston

This itinerary is covering a walk in two of the most historic and beautiful neighborhoods in Boston, Beacon Hill and Back Bay.

Recommended time: Most of this day is about exploring the city’s streets with occasional indoor stops, so make sure the weather is pleasant or use an Uber or Lyft between the indoor locations.

Arriving at the starting point: The closest T station stops at Park Street.

If you prefer to stay close to the starting point of the itinerary, here are some close by options: 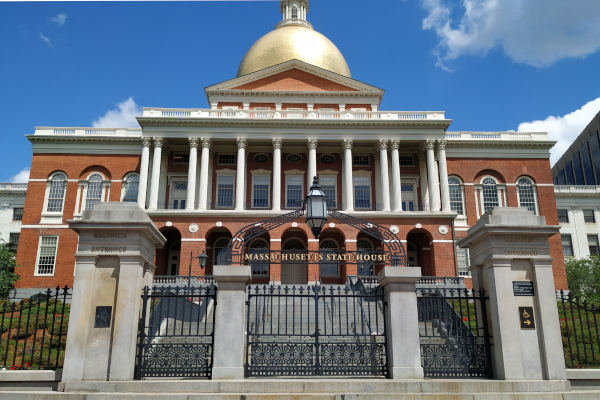 Open on weekdays 8:45 AM to 5 PM. The state house can be visited with free guided tours offered 10 AM – 3:30 PM.
Click here for more information. 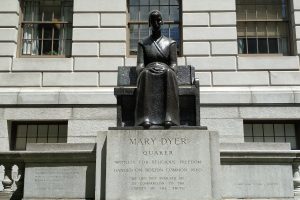 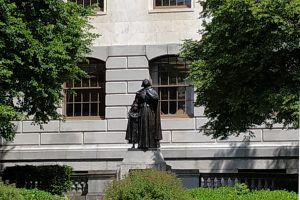 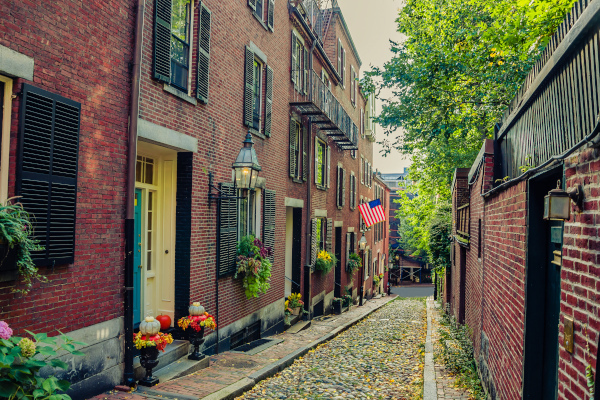 As one of the first neighborhoods of Boston, it is rich in history, dominant all over, from the brick sidewalks to the Federal-style houses. The best way to explore this neighborhood is by wandering around its streets and do not miss a visit at the most photographed street in Boston,  Acorn Street. Beacon Hill was home to many famous women. Unfortunately, it is not documented anywhere around the neighborhood. Here is a list of some addresses where once, great women lived or worked and today are private residence with no indication of the past:
Home of Louisa May Alcott was located at  20 Pinckney Street, Boston, MA.
Louisa May Alcott is mostly known for her novel “Little Women”.
Portia School of Law was located at 45-47 Mount Vernon Street, Boston, MA.
What started when two women wanted training for the Bar exam in 1908, became later a school of legal education for women. Many of Portia School graduates were ‘firsts’ in the field of law. Among them were Blanche Woodson Braxton, the first African-American woman to be admitted to the Massachusetts Bar, and Anna E. Hirsch, the first woman president of the Board of Trustees of New England School of Law.
The Studio of the famous sculptress Anne Whitney stood at 92 Mount Vernon Street, Boston, MA. 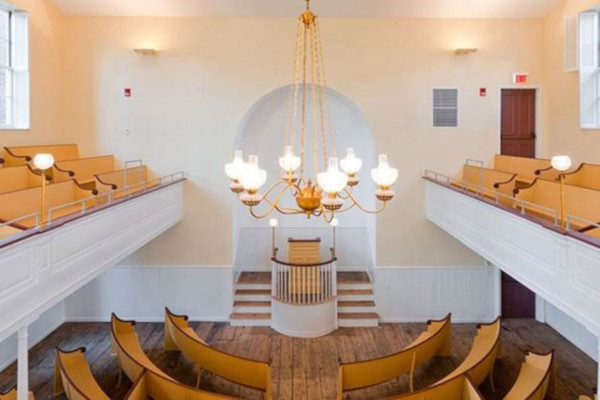 The museum preserved two historic houses: African Meeting House, the oldest black church, and Abiel Smith School, the oldest public school that was built for the black, and currently showcases exhibitions and offers guided tours in the African-American Heritage Trails. 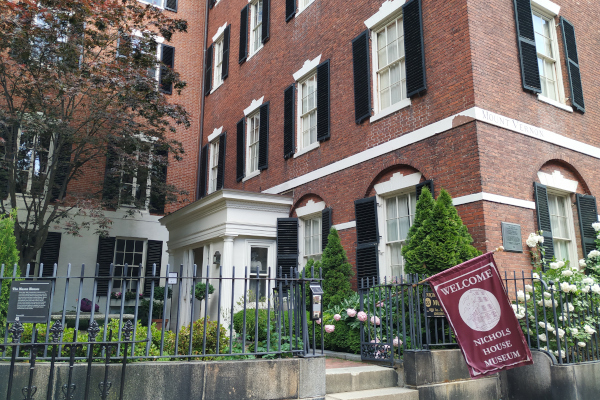 Located in preserved Federal-style historic house of the landscape architect ,Rose Standish, and giving a glimpse to the life of the upper class in Beacon Hill of the 19th century. The original furniture as well as rotating art exhibitions are presented.

If you would like to explore deeper about more women who lived, worked, built, and shaped this place, such as physicians, scholars, lawyers, African–Americans, and more, we recommend following the self-guided walk of the Boston Women Heritage Trail.

Before leaving Beacon Hill Neighborhood towards Boston Common, if you wish to take a break or grab something to eat, Charles St. has many options of great bakeries and coffee shops.

This is considered one of the most photographed streets in Boston, and for a good reason, so you should not miss a visit there. 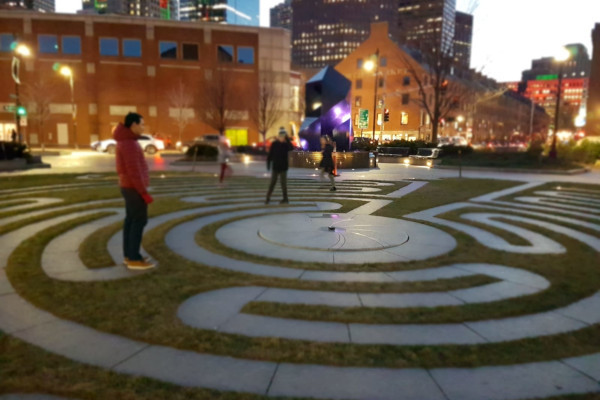 Visit the oldest City Park in the US (since 1634), grab a coffee to go from one of the coffee shops at Charles Street, walk around, have a picnic, or just rest for a while and enjoy the park. 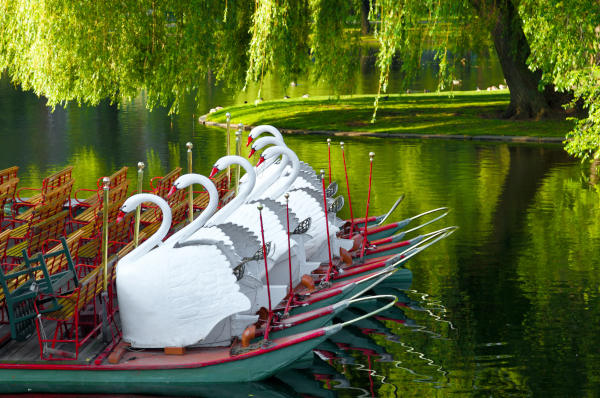 Swan Boats, one of the city’s icons, operating since 1887. The business was managed for many years by Julia Paget, in times when there were very few female business owners. Till these days it is owned by the Paget family and every year Women Equality Day (on August 26th) is celebrated there.

Open Daily 5 AM – 11 PM
The boats are operating during spring and summer times. 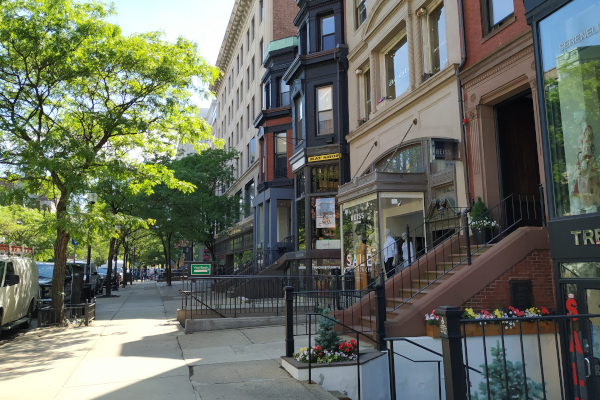 A mile of historic 19th-century brownstones, with many kinds of restaurants, bakeries, shops, and galleries.
The lower address numbers (close to the Boston Public Garden) host the high-end boutiques such as Cartier and Chanel, while at the higher address numbers are the less expensive ones, such as Anthropologie. It is a fun street to walk in even with no interest in shopping. 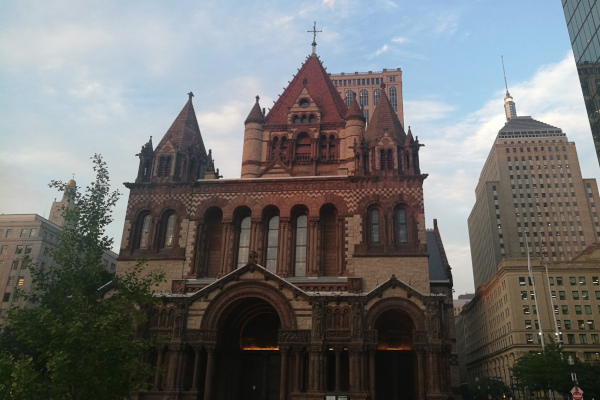 Standing in this location since 1877 as the second home of the parish that was founded in 1733.
It is considered as a National Historic Landmark and one of the country’s Top 10 buildings.
This church welcomes all, hosts events, concerts, and guided tours.

When looking at Trinity Church with John Hancock Tower in its background, it is another interesting combination between ancient and modern, as can be seen in many places in Boston. 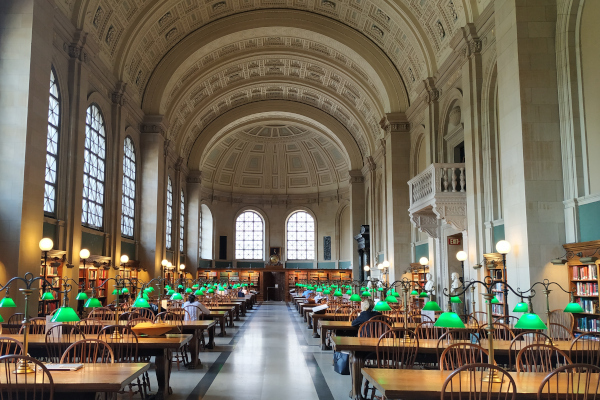 It is one of the oldest libraries in the US, established in 1848. Its architect named it “palace for the people” and since 1895 it is serving the people of Boston. This beautiful building is the third-largest public library in the US.

It hosts free public events, free guided tours, as well as displaying rotating and permanent exhibitions. Among the items that can be found are the personal library of President John Adams, Emily Dickinson Collection of letters and poems, historic map center, art and newspaper collection. On display in the Bates Hall Reading Room is a statue of Lucy Stone made by Anne Whitney as well as of Alice Stone Blackwell made by Frances L. Rich. 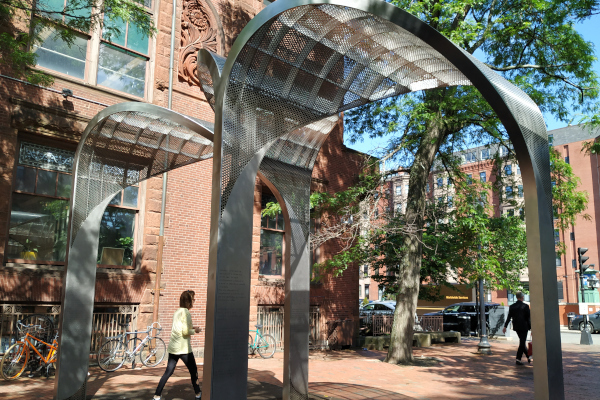 Dedicated in 2018 to Kip Tiernan, a social activist and the founder of many organizations in Boston that support poor, homeless, and the less fortunate people. One of the places she founded is Rosie’s Place, the first women homeless shelter, opened in 1974. 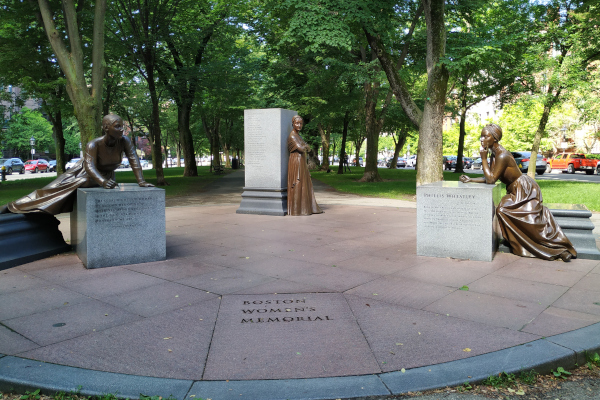 A memorial dedicated in 2003 to three Boston women: Abigail Adams, Lucy Stone, and Phillis Wheatley. It was made by Meredith Bergmann, who chose to present the figures on the street level so people can interact with them.

Enjoy wandering Newbery Street, walk back to Boston Common, take the T from Hynes Convention Center, or check out WWP list of things to do in Boston in the afternoon.