Nashville is nicknamed as the Music City as it is known to be the center of Country Music. The city is home to some great music venues and museums dedicated to country music and musicians.
Yet, another great reason to visit Nashville is to celebrate its key role in the ratification of the 19th Amendment to the US Constitution, giving the American women the right to vote.

The American women’s suffrage journey for their right to vote started in the 1848 Seneca Falls Convention and ended on August 26th, 1920, with the ratification. Tennessee was the last state to ratify the amendment, and it did so after six weeks of discussions with local and national pro and anti-suffrage forces that arrived at the city.

This getaway is about female history, art, music, and fun.
Visit the historic places to get a better understanding of the chain of events that led to the historical moment when women got their right to vote.
All of the places on the list are located around a radius of few miles.

This hotel was always a prime location for state politics, and in August 1920, it served as the pro and anti-suffrage group headquarters for six weeks, both trying to convince the legislators. Here “The War of the Roses” happened when anti-ratification forces led by women wearing red roses and the pro-ratification forces wearing yellow roses.
During August 2019 and August 2020, the hotel will host exhibitions, talks, Suffrage-Themed Craft Cocktail, Female Artist Music Series during the summer, and many more.
The exhibition is located at the lobby next to the front desk displaying the Hermitage Hotel’s private collection of historic artifacts dating from the summer of 1920.

A museum dedicated to the life and legacy of Patsy Cline.
Showcasing videos, artifacts, and many personal items as dresses, shoes, designs, and more.
Located above the Johnny Cash Museum. 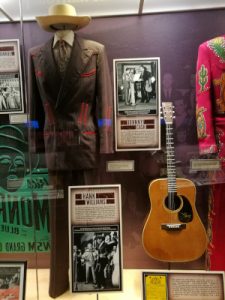 Dedicated to the history and artists of country music, holding one of the world’s most extensive musical collections and a research center.
The museum’s main exhibition is Sing Me Back Home: A Journey Through Country Music presenting the history and stories behind the development and key contributors to the country music, as well as the Country Music Hall.
Other permanent exhibitions showcase current artifacts of famous singers as Taylor Swift, Johnny Cash, Dolly Parton, and more.
There are changing exhibitions focusing on specific themes or a single artist.
The museum has 776-seat CMA Theater, the Taylor Swift Education Center, and it hosts special events almost every week.

Located at the renovated historic main post office building since 2001 and is the second art museum in the city.
As a non-collection art museum, there are changing exhibitions presenting art from all over the world.

The museum will commemorate the 19th Amendment Anniversary with the exhibition We Count: First-Time Voters that will be on display from May 23 to October 4, 2020.

A monument honoring Tennessee suffrage journey by presenting bronze statues of five suffrage leaders who were involved in the last race of the approval of the 19th Amendment in Tennessee, the amendment that gave US women voting rights.
These five suffragists are – Anne Dallas Dudley, who founded the Nashville Equal Suffrage League, Abby Crawford Milton, who was the last president of the Tennessee Equal Suffrage Association, Frankie Pierce, who was the founder of the City Federation of Colored Women’s Clubs in Nashville, Sue Shelton White who was a feminist leader and one of the national suffrage movement leaders, and Carrie Chapman Catt who was an American women’s suffrage leader and traveled to Nashville to guide the local suffragists during the last battle.
It was located in Centennial Park and unveiled on August 26, 2016, which is Women’s Equality Day. 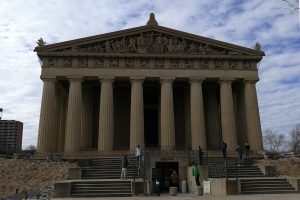 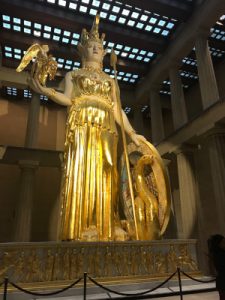 An art museum located in the iconic building of Nashville, the Parthenon is standing in the heart of the large public park, Centennial Park.
The building is an exact replica of the Parthenon in Athens and was built in 1897 as part of the Tennessee Centennial Exposition, inspired by the city’s nickname, the “Athens of the South.”
It was rebuilt in 1920, and in 1982 a full-scale replica of Athena Parthenos was added. 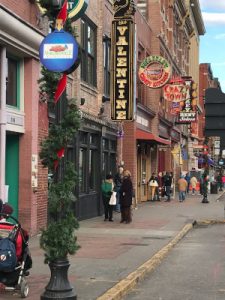 Downtown Nashville offers many opportunities for shopping.
Local boutiques and shopping opportunities can be found in the Art District, the Gulch, and spread all around the downtown streets.
If you wish to shop in a mall, nearby is Opry Mills Mall, which can be reached by bus.

This honky-tonk bar (a bar that plays county music) hosts live music every night. It was founded in 1960 by Tootsie Bess (Hattie Louise Bess).
All over the venue walls, there are pictures and memorabilia of past and present artists who contributed to country music.

Open Daily 10 AM – 3 AM
Click here for more information.

A historic live-performance venue in downtown. Here was the original location of the historic Grand Ole Opry from 1943 to 1974. The Ryman was opened in 1892 as a Union Gospel Tabernacle.
In 1904, Lula C. Naff started to book events and became the Ryman’s official manager by 1920. She brought stage shows and performances from all over the world, making Nashville a culture center. Among the talents that performed there over the years were Marian Anderson, Elvis, Johnny, Minnie Pearl, and Patsy Cline.

Check out their calendar to join a tour or watch one of the shows. 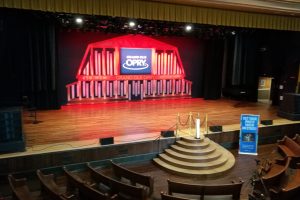 A live music venue was known as “the show that made country music famous” since it started as a simple radio broadcast in 1925. All of the famous country music singers have performed here at list once.
The Grand Ole Opry hosts country music shows as well as backstage tours.

* If you have extra time and wish to visit a beautiful historic mansion, do not miss the historic house museum built and owned by the Nashville celebrity Adelicia Acklen.
The museum features original 19th century furniture, art, glasswork, and much more.
There are several options for a guided tour in the house and in the magnificent gardens as well as themed tours as Lasting Impression tour, which captures the story of Tamera Alexander’s novel “A Lasting Impression