On the Upper East Side along the Hudson River lies Riverside Park, a beautiful waterfront park with extended green area stretches from 72nd to 158th St. This vast park is home to many recreational facilities, playgrounds, statues, and monuments commemorating different groups and times of the city. Three of which are dedicated to women, and 2/3 were even created by sculptresses.

Use this planned route to run/walk in the park and visit the landmarks of pioneering women: the 15th-century French heroine Joan of Arc, the Women’s Health Protective Association that fought to make NYC clean and healthy, and the most activist and politically involved First Lady – Eleanor Roosevelt.

Empower your body, enjoy the beautiful landscape of the urban park, and get inspired while working out.

This suggested route can be done both ways. However, there are some benefits of starting from higher street numbers – it is mostly downhill, there are more dining options at the end to relax after the run, and in addition, along Riverside Drive there is a bus station of #M5 every few meters, giving way out if getting tired.

If you are looking for a longer path, you may run back to the starting point via Hudson River Greenway on the waterfront to complete a loop of 6 miles. You can also rent a Citi Bike at the last stop and cycle back along the waterfront.

From the starting point, walk on 125 St west to St Clair Pl, and shortly you will enter Riverside Drive. Run for 0.7 miles on Riverside Drive till the first stop. 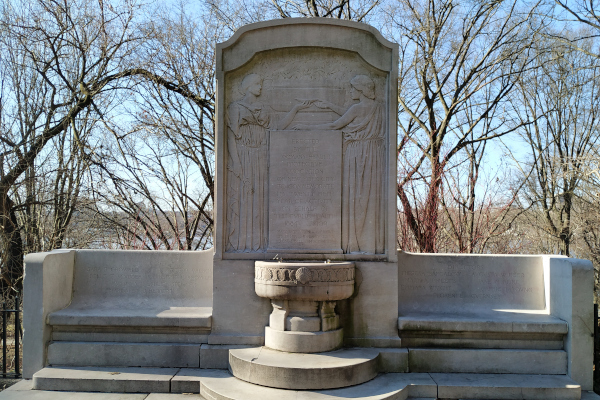 Overlooking the park and Hudson River is this unknown memorial, commemorating and celebrating the Woman’s Health Protective Association. The association started as an initiative of eleven women from East River who decided to take action to improve sanitation and pollution problems in NYC at the end of the 19th century.
The marble bench and drinking fountain were dedicated on May 7th, 1910, to celebrate the 25th anniversary of the Woman’s Health Protective Association.

Read more about the memorial and organization here.

1.2 Miles to the Second Stopping Point – Joan of Arc Park 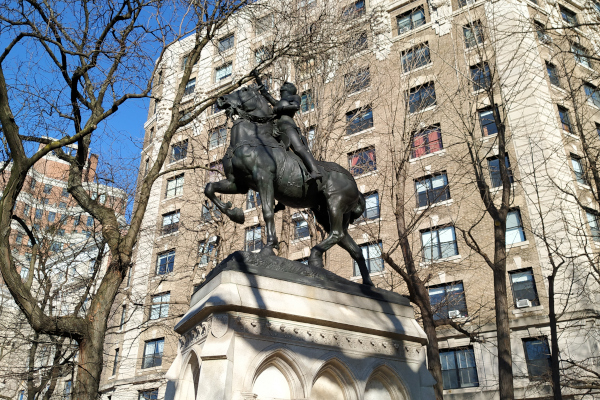 In a park bearing her name is a sculpture of Joan of Arc, a 15th-century French heroine and martyr, who commanded an army during the Hundred Years’ War. Standing here since 1915, it is the first monument in NYC commemorating a non-fictional woman. It was created by the famous sculptress Anna Vaughn Hyatt Huntington.
Read more here. 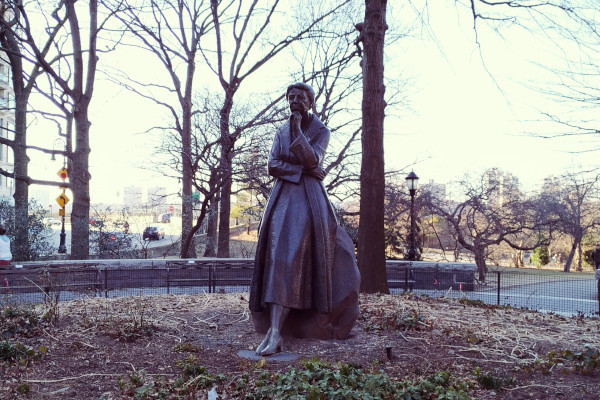 The southwest point in Riverside Park is the home to Eleanor Roosevelt Memorial. Roosevelt was born and died in NYC and is mostly known for being the most activist and long served First Lady as well as the first US delegation to the United Nations. The beautiful sculpture was created by Penelope Jencks and dedicated in 1996.
Read more here.

Good Job on Your Workout!!!

Now you can stay and hang out at the Upper West Site, walk east half a mile toward Central Park, or if you feel like continue running, you can run back to starting point to complete 6 miles run.