Architecture is what Chicago is mostly famous for, and since the city’s establishment, men dominated this field with only a few pioneer women who dared to follow their dreams to design buildings. The first was Sophia Hayden, who was the first woman to graduate with an architecture degree from MIT. Her only project was the design of the Women’s Building for the 1893 World Exhibition in Chicago. Afterward, she did not take new projects and retired from the architecture world. Following her was Marion Mahony Griffin, who was the first woman to receive a license to practice architecture in Illinois at the end of the 19th century. She was a pioneer architect who worked on many projects in the US and Australia for six decades. Another notable architect was Elisabeth Martini, the first woman to own an architect firm in Chicago and the founder of the first organization for women architects, which she founded after advertising an ad in the newspaper, “Only girl architect lonely. Wanted—to meet all the women architects in Chicago to form a club.”

Since the mid-20th century, more and more talented architect women are changing Chicago’s skyline, sometimes when owning their firm. This self-guided tour will stroll around the Chicago loop visiting magnificent projects that were designed by women. 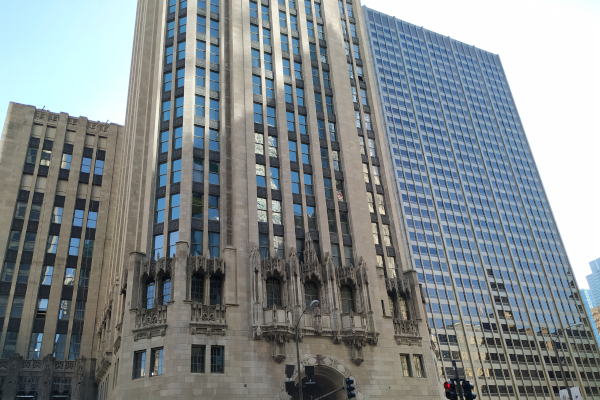 Equitable Building on the right, Chicago Tribune on the left

This building was co-designed in the International style by Natalie de Blois when she worked at Skidmore, Owings & Merrill, in 1965. This 35-story skyscraper stands at the entrance to the famous Magnificent Mile. It is still mainly used in an office building. To its right is the famous Chicago Tribune building, and to its left is the Chicago River. In front of the building, there is a beautiful plaza named Pioneer Court, after Chicago’s first permanent resident, Jean Baptiste Pointe du Sable, whose cabin settled there.

Natalie de Blois was born and raised in New Jersey. From a young age, she knew architecture is her calling. After receiving her architecture degree from Columbia University in 1944, she worked in several architecture firms in NYC, a pioneer woman in a dominated men’s world. In Skidmore, Owings & Merrill, she designed some business buildings in NYC till she moved to work at the branch in Chicago. In between her work on skyscrapers in the city, she co-founded the Chicago Women in Architecture.
She had four kids, and worked on projects all over the US and later was a professor at Taxes University. Some of the tallest woman-designed buildings in the world are her creation. 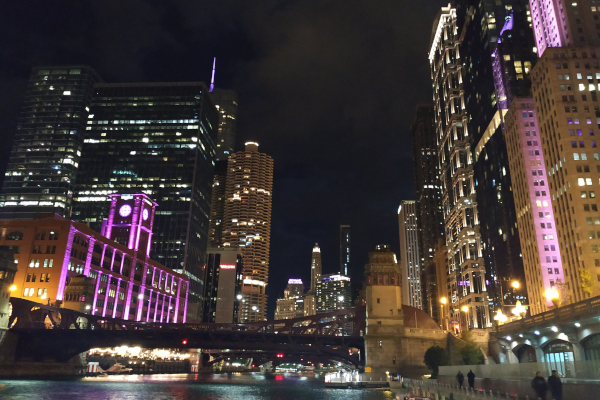 A 1.25-mile path and urban park stretch along the Chicago River and offer many things to see and do. From strolling along the esplanade, checking out dining options, visiting the McCormick Bridgehouse & Chicago River Museum, and watching the beautiful skyline day and night.
Carol Ross Barney worked on the design of the Chicago River’s redevelopment and its walk for almost two decades. Barney is a Chicagoan from birth. She studied Architecture at the University of Illinois at Urbana, Champaign, and since then, she is designing buildings and urban projects in the city. Her architecture firm is one of the lead firms in Chicago and receives many awards for their projects.
Besides architecture projects, she was the co-founder of the Chicago Women in Architecture, a professor of Architecture at the Illinois Institute of Technology, and raising three sons.
Click here for event calendar and more things to do. 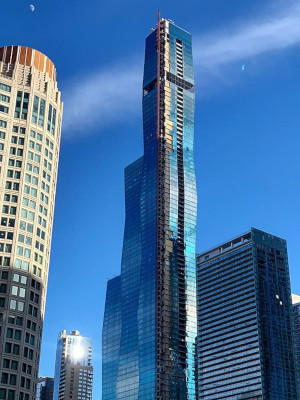 The Vista tower will be completed in 2020 and will be the third tallest building in Chicago, taking the title from the Aqua tower to be the tallest building in the world designed by a woman. It consists of 3 interconnected towers at different heights with a total of 101 floors. Their alternating geometry will make the building look like the towers are flowing in and out of their plane. It is a state of the art of engineering work, and as in most of Gang’s projects, the community, connection to parks and green areas, environment and bird’s safety, all being taken into consideration when designing this masterpiece. It cost $1 billion to construct and will have a hotel, condo units, and pedestrian connection between the Chicago Riverwalk and the nearby community park.

Jeanne Gang was born and raised in Illinois. She studied Architecture at the University of Illinois and continue to higher studies at Harvard and later in Europe. She founded Studio Gang in 1997 in Chicago and designed different urban projects, at first in Chicago, then in the US, and in recent years, the studio is designing projects all over the world. Over the years, she received many awards and is considered an outstanding architect. She is also a professor and critics in several intuitions and frequently lectures from all over the world.

The first branch of the prestigious international private school in the US opened in Chicago in 2014 in Lakeshore East neighborhood. The lower school’s design was done by bKL Architecture and led by the firm’s Education Practice Leader, Lynne Sorkin. The high-rise school building is colorful, both inside and outside. It’s a functional building designed top to bottom with the vision of the school of the future.
Besides the classrooms, which equipped with the newest technology, it also contains recreational sports facilities. The building received an IIDA award for its interior design.
Sorkin received her master’s degree in architecture from Washington University in St. Louis, Missouri. In her 25 years of experience, she was involved in the renovation and new constructions of almost 100 schools. She is also involved in the Modern Schools Across Chicago program, modernizing the school’s facilities as well as making them environmentally friendly. 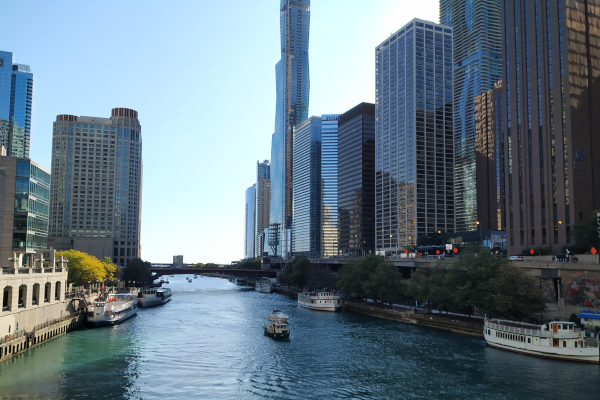 Aqua tower completed in 2009 in the newest Chicago neighborhood, Lakeshore East. In its 82-stories, there is a hotel, residential units, and offices. From a distance, it looks like a giant sculptor of waves and water, due to the white concrete balconies that wrap the dark glass. Each balcony is unique in size and shape, allowing a connection between the neighbors, shading the below unit, and helps with wind shear and crashing birds. It is currently the tallest building in the world designed by a woman.
Click here to read more.

This place is a piece of heaven to the cyclists’ commuters in the Chicago metro area who work and visit the city. This indoor bike station has all the needed bikes amenities as a bike repair shop, parking, showers, lockers, and more. Its attractive location at the north end of Chicago’s Millennium Park attracts lots of commuters to downtown Chicago. It was the first cycle center of the Midwest once it opened in July 2004. The station was designed by the architecture firm Muller + Muller, co-founded and led by Cindy Muller.

Cindy Muller is the President of Muller + Muller, which she co-founded with her husband in 1984. It is one of the leading architecture firms in Chicago with over 25 professionals. Her daughter in charge of the marketing of the firm. One of her hobbies is participating at the annual Race to Mackinac, from Chicago to Mackinac Island, Mich. 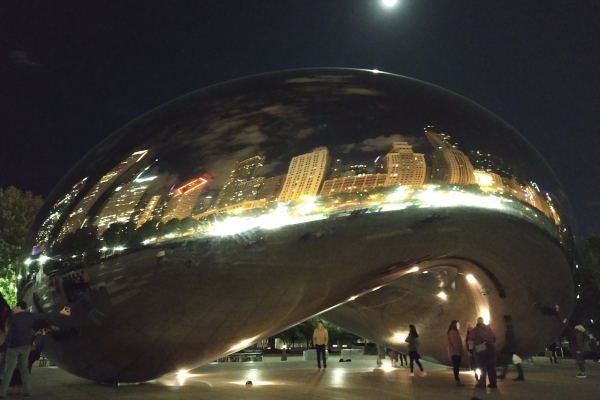