Spring is known to be the best season to visit Washington, DC. Besides the nice weather, the iconic buildings associated with the capital city, the natural wonder of the bloom of the Cherry Blossom trees became a landmark for locals and an attraction for tourists.

Behind the seemingly innocent natural beauty of the trees, blooms a tale of women empowerment. The 100 years history of Washington’s pink blossom features the persistence of a female travel writer, the embrace of country’s First Ladies, and a women-only protest, involving furs and chains. 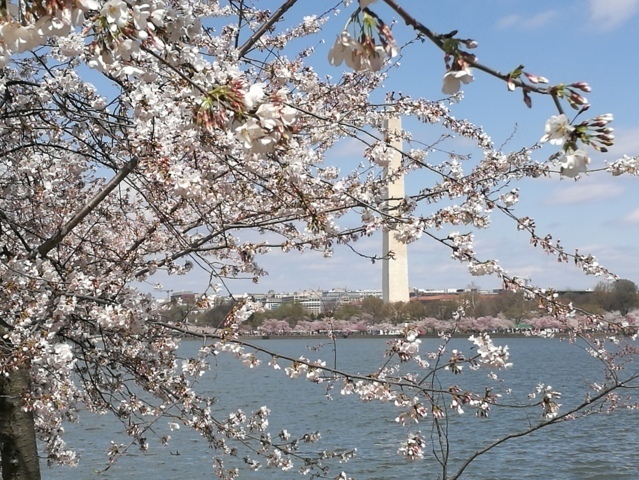 The Washington Monument from a distance behind a blossom cherry tree

A One Woman’s 24 Years Campaign

The American history of Cherry Blossom trees begins in the 1880s, with Eliza Ruhamah Scidmore, who is considered the first national geographic female writer and photographer. In her travels to the Far East, she was enchanted by Japan, with the Sakura Zansen – the cherry trees blossom front in the spring. She described them as “the most ideally, wonderfully beautiful tree that nature has to show”.

Scidmore used her family connections with the US administration, and started advocating for importing them to beautify the capital that was dubbed as a “monochromatic bore”. Her lobbying efforts were rejected over and over again.

After 24 years of patience and persistence, Scidmore’s plea was answered by the First Lady Helen Herron Taft. The president’s wife found the trees fitting into her own vision of reviving the city with a new park dedicated to live music. The idea was also supported by timely opportunist diplomatic agenda.

In 1912, a shipment of 3,020 cherry trees traveled across the Pacific Ocean, as a gift from the Mayor of Tokyo. The first two of them were planted by the First Lady and Viscountess Iwa Chinda, wife of the Japanese ambassador. Scidmore was a guest of the modest ceremony, witnessing the planting of a new rite of spring into Washington D.C.

First Ladies with Spades: A Tradition

The trees since became associated with the US First Ladies. In 1965, Claudia “Lady Bird” Johnson held her own planting ceremony for a new shipment of 3,800 trees from Japan. Hillary Clinton did it twice, holding a spade and reenacting the planting during her time at the White House. Michelle Obama followed in 2012, marking the centenary of the historic planting ceremony.

Trees and Skirts: The Women-only Protest

Not only the presidential spouses felt for the Cherry Blossom trees. In the late 1930s about 150 “society ladies” gathered to protest against the intention of removing trees to build the Jefferson Memorial. This time the action was photographed, in it women of diverse ages stand in coats, skirts, and fur, chaining themselves around a tree. They also marched, petitioned, and disrupted the construction work, grabbing shovels out of workers’ hands.
Newspaper editor Eleanor “Cissy” Patterson, took part in the struggle by publishing critical articles – for she loved walking her dogs along the trees. The “Cherry Tree Rebellion” was only resolved after President Franklin D. Roosevelt promised to transplant the trees instead of destroying them.

The National Embrace: an Annual Festival

The Cherry Blossom trees became a popular national treasure when a group of schoolchildren reenacted the planting ceremony in 1927. A few years later, Eleanor Roosevelt turned the gesture into an annual tradition and initiated the National Cherry Blossom Festival, of which First Ladies usually serve as Honorary Chair. The festival was held every year since, with only four years break during World War II, when the perception of Japanese as an enemy made the trees a target of vandalism.

The Festival is held from mid-March into April, around the peak blossom of the trees. About 1.5 million visitors are attracted to the pink and white natural color splash. The National Cherry Blossom Festival serves as an umbrella for hundreds of events, including the Blossom Kite Festival, a Parade, a Conference of State Societies’ Princess Program, a Japanese Street Festival, and the famous Cherry Blossom 10 Miles Run.

The most popular place to witness the cherry blossom trees is at the Tidal Basin, and along the shoreline of East Potomac Park, extending all the way to Hains Point. Smaller clusters of trees are planted along the National Mall and around the Washington Monument. 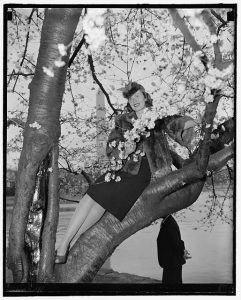 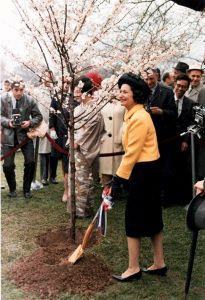 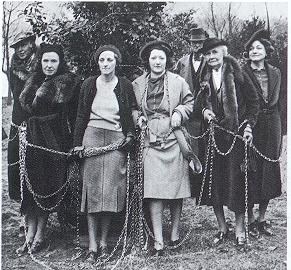 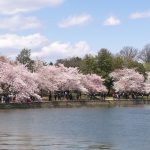 A Reminder of Powerful Gentleness

The development of Cherry Blossom trees into a Washington D.C. symbol creates a refreshing balance to the capital’s masculine buildings and monuments, such as the Capitol and the phallic Washington monument. Perhaps it is no coincidence that the trees have the stories of powerful women weaved into them, while they grace the country’s capital with a feminine touch. With their seasonal blossom, they stand for cross-cultural friendship, naive nature and remind Washington D.C the importance of the soft power of beauty. 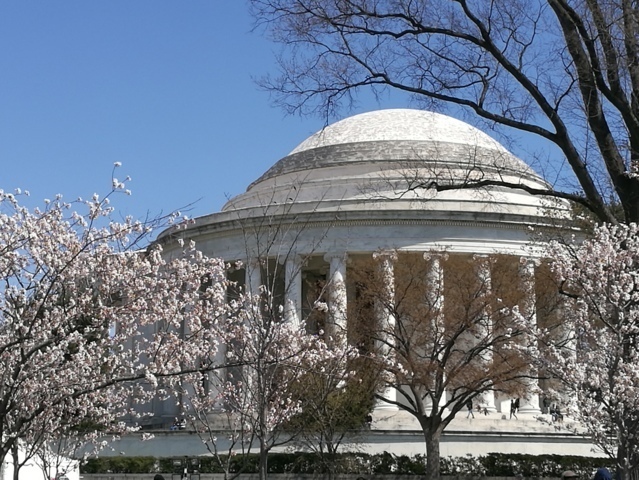