Boston is blessed with all four seasons: a very cold and snowy winter, warm and humid summer and mild and pleasantly chilled spring and fall.
May to June, or September to October are considered the best times to visit the city. The highest tourists season is in July and August.

Rain is a permanent resident in Boston and can be expected any day of the year. Winter is the most extended season; weather is cold and stormy with occasional snow storms.
The third week of December is the official first day of winter, but the temperatures are starting to drop since November continuing so till January, which is the coldest month. The temperature varies between 20°F to 40°F, and on windy days the feeling is even colder.

Spring season starts around mid-April with slightly warmer temperatures of 45°F to 65°F. The third week of June is the official beginning of the summer season, and July is considered the hottest month.
Temperatures vary from 65°F to 85°F, but with the humidity, it feels hotter, and rain showers and thunderstorms are expected.

Towards the end of September, it is fall time, and the weather is starting to get cold again, the leaves change their colors, and some consider this season as the most beautiful time of the year to visit Boston and New England.

During your visit you can check the current weather on this website.

As a diverse migration hub, Boston has a large variety of food cultures to offer the visitors. Restaurants from any kind and type are available, from street food to fine dinning restaurants.

Boston Cream Pie is actually a cake filled with custard and topped with chocolate glaze. It was chosen as the Massachusetts official dessert. A smaller version of the pie\cake is Boston Cream Doughnut.

Boston Clam Chowder, also known as New England Clam Chowder, is a white soup made of milk or cream base, potatoes, pork, and clams. It is different from the Manhattan Clam Chowder, which has a red tomato vegetable soup as its base.

For drinks, a unique local brewery worth a visit is Bantam Cider Company, a women-owned business which is run by two friends with a passion for apple ciders. Their first cider was called Wunderkind – as a tribute to their inspiration, the adventurous record-breaking pilot Amelia Earhart.

Where to Stay in Boston

Like any big city, in Boston, there are all sorts of types of accommodations. Prices in the city center will be much higher, reducing in Cambridge and the less touristic neighborhoods. Few hostels are offering female-only shared dorm rooms.

Hotels in the list below were chosen based on their location, either close to the city center or a T station, their reviews were considered above Good (8+) in Booking.com, and their price seemed reasonable for what they offer.

Getting around in Boston

Boston has the oldest subway system in the US. Locals call it the “T”.
Together with buses and ferries, it creates an excellent public transport system, managed by the MBTA.
More information with maps and schedule are in this link.

Unique to Boston, (and hopefully will expand to more area in the future) is the women-based company, Safr, providing safe transportation for women by women around the Boston area. Available through this link.

As one of the oldest cities in the US, every year, Boston is hosting reenactments of key historical events like the Boston Tea Party and Declaration of Independence reading. Besides historic annual events, there are business conferences as well as art, music, sports, comedy festivals that worth to include in your visit or even plan your vacation accordingly.
Check out WWP’s annual events calendar for all the details regarding annual events and events that are celebrating women’s creation as Women in Comedy Festival, Boston Women’s Film Festival, and many more.

Check out WWP’s annual events calendar for all the details regarding events celebrating women’s creation as Women in Comedy Festival, Boston Women’s Film Festival, and many more.
Find women-related changing events by browsing through the designated calendar.

Use this link for the locations of public restrooms around Boston. 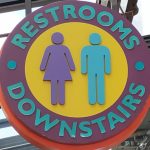 We recommend using Sekura, a free women’s safety app, to feel more secure wherever you are. Download through this link.

Read more on WWP: https://www.wanderwomenproject.com/salem-from-witch-trials-to-tourism-trails/
"Less than an hour drive from Boston, the town of Salem offers its visitors an interesting slice of history, mixing gender politics with mysterious tales – the infamous 300 years old Witch Trials."