At home, in the office, or on the road, women created various ways of forming structural bonds with each other. The context and the motivation can vary, but in most cases, the result is the same: empowerment.
Here’s a brief overview of sisterhood practices in the US. 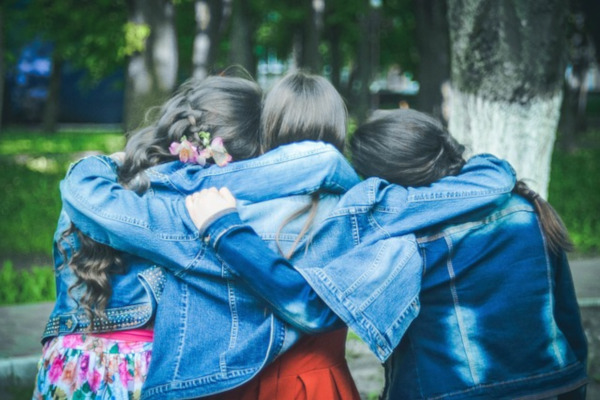 In the late 19th century and early 20th century, the term “Boston Marriage” was used to describe a range of arrangements between two single women living together, independent of men. Such relationships were common and generally accepted by society.

The term was originally coined in Henry James’ 1886 novel “The Bostonians”. The book described an intimate companionship between two wealthy women who met in a feminist gathering. One of the characters persuaded the other to be her roommate.

Nearly all the known couples in Boston marriages were white, upper-class women. Those relied on their inherited privileges for financial independence to maintain a household together and to pursue a professional life, often within public causes.
Boston Marriage was not practiced only in Massachusetts, but it did become associated with it since the state was home to educated women from well-off families.

Like mainstream heterosexual marriage, so did Boston Marriage, mean different things to different couples.
It could be a combination of a business partnership, artistic collaboration, sex, romance, a friendship, or ideological alliance.
Boston Marriage represented a broad base of support between the two women – emotional, financial, political, intellectual. 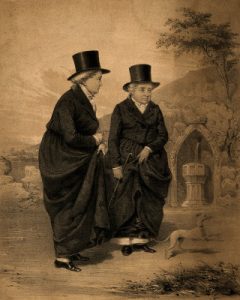 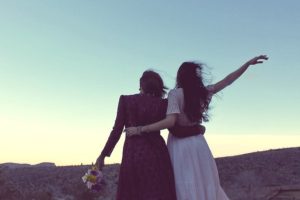 Among famous Boston Marriage couples are:

Boston Marriage was an important step in the history of gender equality in the US. It was associated with the term “New Women” – an umbrella term for a generation of women who reinvented gender norms and structures.
Both terms were associated with the rise of feminism and the campaign for women’s suffrage. 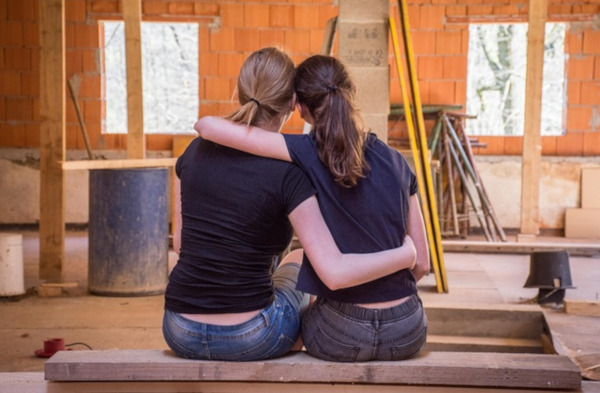 Conceptual Frame: The theory of a Lesbian Continuum

The ambiguity and the range of possibilities within Boston Marriage as a social construct serve as a great example for the notion of Lesbian Continuum. The concept was presented by Adrienne Rich in 1981 in her essay “Compulsory Heterosexuality and Lesbian Existence”.

Rich, an influential feminist intellectual, suggested that patriarchy has limited the views on female comradeship. She, therefore, argued for a range of “woman-identified experience”. Rich offered an alternative to the traditional binary classifications of sexual identity.

Her words were encouraging women to reorient their lives around other women in a variety of ways. This continuum would include mutual political support, exchange of ideas, and a general culture of sisterhood which recognizes and strengthens women.

Rich’s continuum includes all women, whether they identify as lesbian, straight, or otherwise. It accounts for both sexual and non-sexual experiences between women.

After almost a century, the term Boston Marriage came back into popular conversations as the name and theme of a play by David Mamet. In 2002 it had its Broadway run starring Kate Burton and Martha Plimpton.

What current day expressions of female bonding exist in the contemporary US?
A variety of practices at home, work, or leisure related spaces.
For example, in the field of real estate, there is the institution of house-sharing; in urban spaces, there are women-only gyms; in the professional sphere women-only coworking offices; and in tourism, there are Girlfriend Getaways. 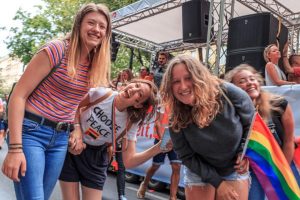 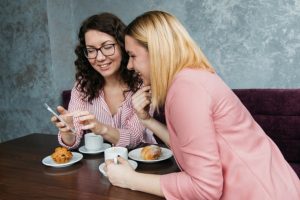 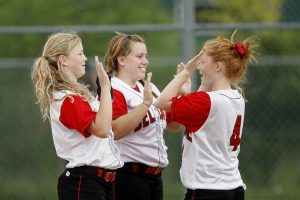 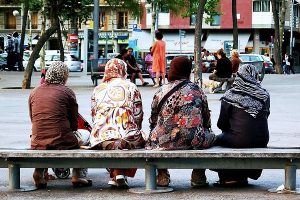 In the residential real estate arena, there is the ‘Golden Girls’ trend. It is named after the 1980s sitcom that featured four older women living together as housemates.

The trend is based on the fact that women live an average of five years longer than men, and that there is an increase in rent prices. Older women form what reminds of Boston Marriages – sharing their home life, with its little intimacies, with a female friend or a stranger.

Contemporary ‘Golden Girls’, like the “Boston Wives”, find in their arrangement companionship, sharing of household chores, a feeling of safety, and less isolation.

Spaces designed for women only are popping up in the major cities.
Those include gyms or specialty sports initiatives like “Girls Gone Buff” outdoor boot camp in New Orleans.
There are also women-only coworking offices. BinderCon, for example, is a professional conference in New York and Los Angeles for women and gender non-conforming writers. 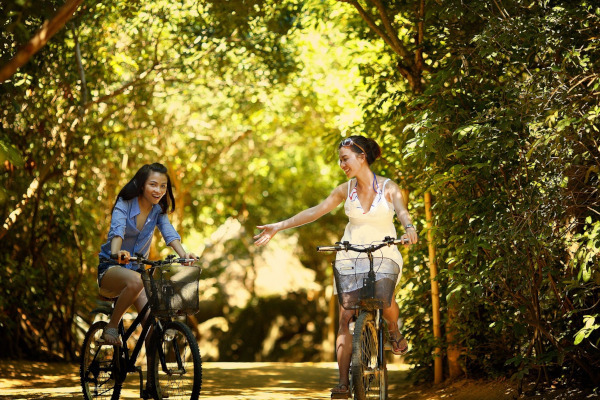 Away from the domestic space, the number of women-only travel possibilities has grown.

Back to Massachusetts, where one of the oldest US companies to cater for the women-only tourism is from. AdventureWomen has been in the business for 35 years. They offer overseas adventures such as climbing Everest Base Camp in Nepal or mother-daughter horseback riding in Iceland.

Within the country, this one and other companies offer organized trips for women to Utah’s Zion and Bryce Canyon National Parks; backpacking in Yellowstone and the Grand Canyon, and a California coast-to-crest adventure.

The motivation of the women who use such agencies is to meet like-minded women and discover more about themselves through travel in a non-threatening environment. Also women with partners use those services.
Female-centric travel companies provide the social space for women to let their hair down and be themselves.

The concept started in the late 1970s, with women who grew up in the second-wave feminism. Those were often widowed or divorced retirees with time and money to spend. They didn’t turn to the “regular” travel agencies in order to avoid being the loner in a group of couples.

Another traveling option that links freedom from gender roles and freedom of movement is GGA – Girlfriend Getaways. Since the mid-2000s, the term started to emerge in the travel industry.
Those refer to females traveling with other female friends, relatives or colleagues for holiday purposes.

Recent studies found that those promote well-being. The escapism is allowing the experience of different gender dynamics. The literature describes all-female traveling experiences as emancipatory and empowering practices contributing to women’s sense of independence. 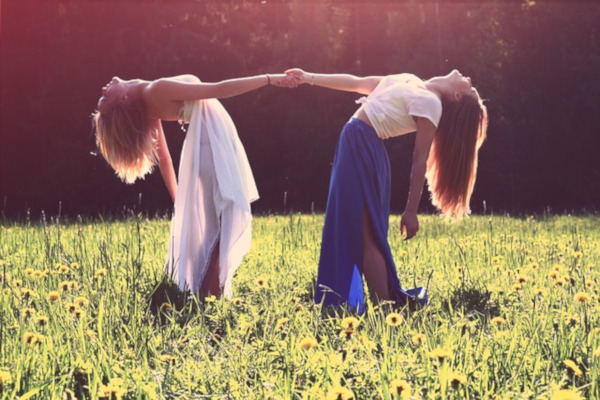 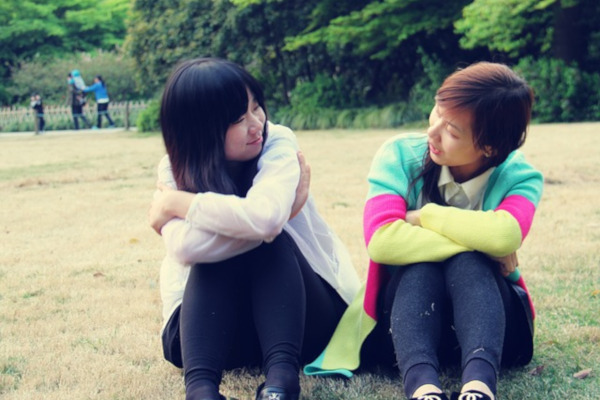