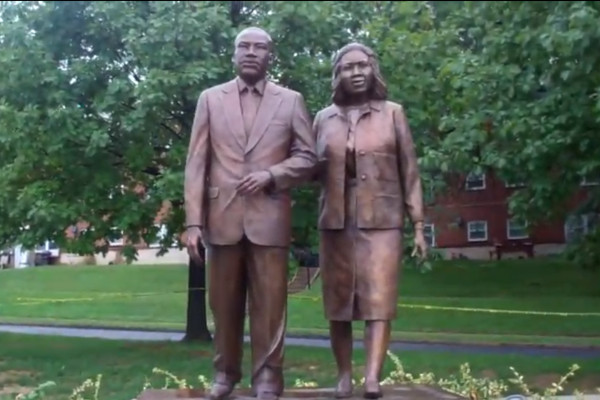 The Martin Luther & Coretta Scott King Memorial is the only memorial in the world commemorating both activists together. It was an initiative of the people of Lehigh Valley who wished to celebrate and memorialize the Kings’ ideas and contribution for equal rights, world peace, and justice. It was unveiled on January 17th, 2011.

The memorial features Dr. Martin Luther King, Jr and Coretta Scott King as if they are walking, looking forward, while Coretta is holding Dr. King’s arm. The bronze statues were created by the artist Ed Dwight who is known for many civil rights activist statues he built across the US.

The Martin Luther King Memorial in downtown Allentown is the only one to feature MLK and his wife, Coretta Scott King.

The Martin Luther King Memorial in downtown Allentown is the only one to feature MLK and his wife, Coretta Scott King.