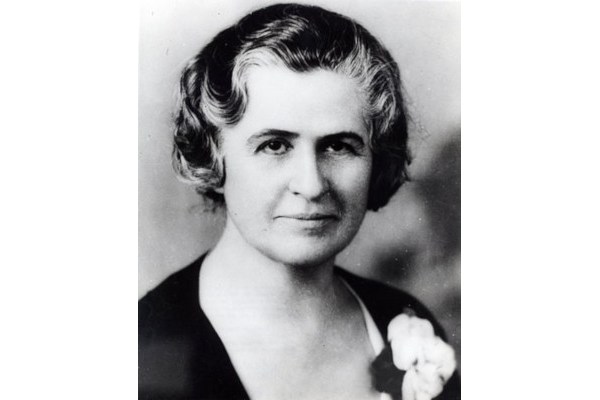 A social and political reformer in Portland, Oregon, and the first woman elected to the US Congress from Oregon state.

Nan Wood was born in West Point, New York, where her father, the author Charles Erskine Scott Wood, worked as an adjutant of the US Military Academy. When she was three years old, her family moved to Portland, Oregon. She attended private schools and graduated from St. Helens Hall. Afterward, she studied music at the Finch School in NYC, where she met her life-long friend Eleanor Roosevelt. At 26, she married David Honeyman.

While raising her three children, Honeyman was active in various charities and humanitarian organizations and served as the president of the Portland League of Women Voters and as a board member of the Oregon Mental Hygiene Society. During the 1920’s she became an anti–Prohibition activist, and at the age of 47, she was appointed head of the Oregon division of the Women’s National Organization for Prohibition Reform. Two years later, Honeyman was chosen as the vice-chair of the Oregon Democratic Committee. In 1933, she served as a delegate to the state constitutional convention, which ratified the 21st Amendment, ending Prohibition. In 1930, Honeyman was asked by the democratic party to run for Congress but denied the offer. In 1935, after she was asked again, she decided to campaign for a seat in the Oregon house of representatives, which she won and served for three years. She also served twice as a delegate to the Democratic national conventions, first in 1936 and then in 1940.

In 1936, she finally agreed to run for the Portland seat, representing Oregon’s 3rd congressional district. During her campaign, Honeyman focused on housewives and retirees, walking door to door to speak with them, claiming that “Women running for office can overcome much masculine prejudice by meeting the men voters face to face.” When she was elected, Honeyman became the first woman to represent Oregon in the US Congress. During her tenure, she was a loud advocate for the New Deal and the Neutrality Act. She was a member of numerous committees, including Irrigation and Reclamation, Indian Affairs, and Rivers and Harbors. Honeyman’s legislative interests varied from loans to farmers and the creation of a national award for poetry.

In 1938, she lost the general elections 49-51. After leaving Congress, she remained involved with politics, serving as senior Pacific Coast representative of the Office of Price Administration and filling a vacancy as a senate member at the Oregon Senate. In 1942, she was appointed by Franklin D. Roosevelt as the US Collector of Customs in Portland, Oregon, a position she served in for 11 years. After her retirement in 1953, Honeyman moved to Woodacre, CA, where she died at 89.

“Voters want to know who is representing them.”

“Voters want to know who is representing them.”