As one of the most innovative and creative cities of the world, New York City is a hub of all kinds of artists as well as the home to some of the top world art museums, the highest concentrations of art galleries, hundreds of outdoor statues, street art graffiti and murals, fashion exhibitions and many more.

Admission to museums of art in the city is a bit pricey if you are interested to visit several. Most museums offer free visits to kids and discounts to students and seniors. Each one has once a week or once a month an afternoon with Pay What You Wish admission (it is mentioned below for every museum) but keep in mind that it might be more crowded at these times. Other option to save on admission if you are purchasing the different NYC attraction passes but check in advance if it worth the price based on the attractions you are choosing to visit.

Check out WWP calendar for #MadeByWomen exhibitions, guided tours, and other special events.

The Metropolitan Museum of Art

Founded in 1870, “The Met” is the biggest art museum in the US. It holds a permanent collection of more than 2 million works spread over 5000 years from all around the world.

The museum is located in three different locations – The Met Fifth Avenue, The Met Cloisters, and The Met Breuer. 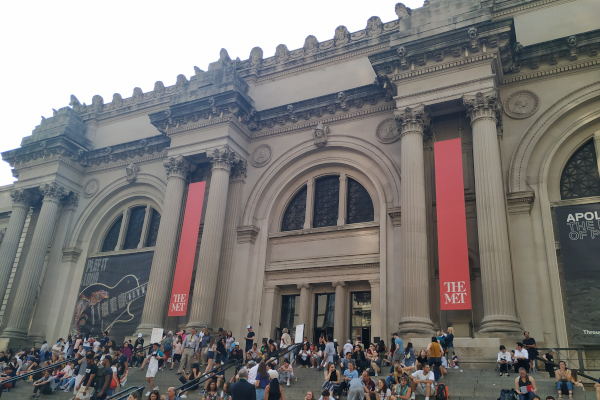 Displaying artworks and artifacts such as paintings, sculptures, instruments, architecture, and arms and armor from different times and cultures, including ancient Rome, Byzantine, Asia, Africa, America, Oceania and the Islamic world.

During the spring and summer, do not miss the wonderful view from the roof top of the Met.
See the city’s skyline with the Central Park trees at the background.
A small bar offers a selection of cocktails and wines.

The Met’s Costume Institute is also located in this location. 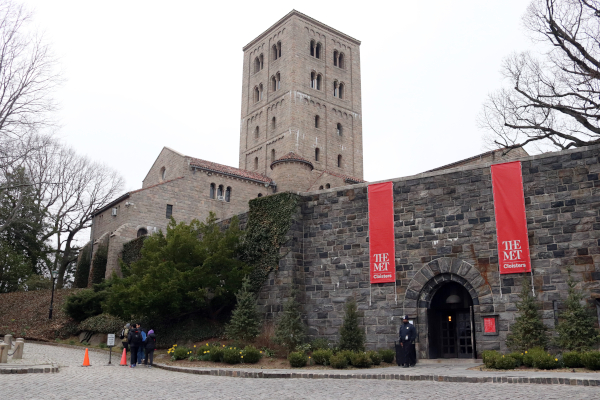 Dedicated to medieval Europe art and architecture with a vast collection of sculptures, tapestries, religious objects, and stained glass. 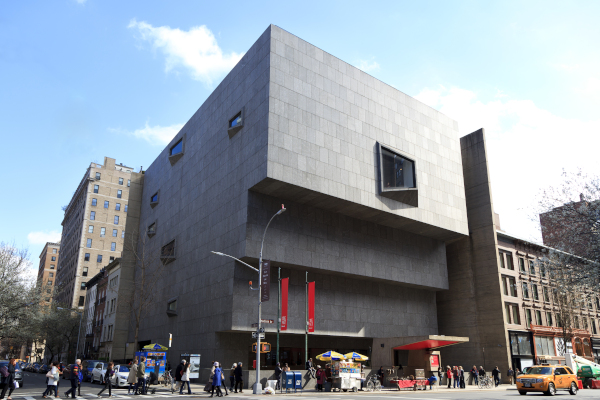 Focuses on modern and contemporary art.
In addition to the invite-only Met Gala, the museum hosts special events, such as concerts, gallery talks, and teen nights. 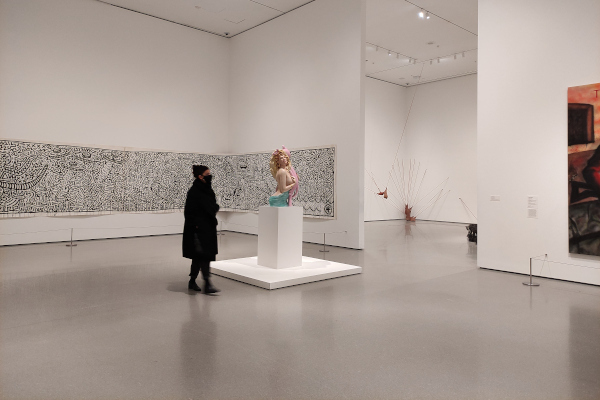 An art museum, dedicated to modern and contemporary art from all types.
The radical idea behind the initiative of establishing a museum devoted to modern art was of three New York women – Abby Aldrich Rockefeller, Lillie P. Bliss, and Mary Quinn Sullivan, who became known as the “adamantine ladies.” It was 1929, and they felt the absence of public galleries displaying the works of contemporary and modernists artists and were determined to fill the void.

MoMa was initially opened as a six rooms gallery on the twelfth floor of the Heckscher Building in Manhattan. Now it is one of the world’s largest and most influential museums of modern art. The museum presents unique work, as well as rotation exhibits from it, ‘s collection which has hundreds of thousands of art pieces of all genres, including painting, drawing, sculpture, prints, films, photography, design, architecture, and electronic media.
The second branch of MoMa is, MoMA PS1, located in Queens, presenting “experimental, thought-provoking contemporary art.” 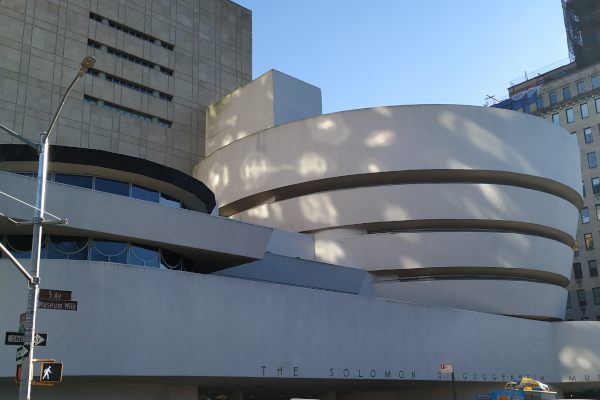 Established in 1939 as the Museum of Non-Objective Painting under the supervision of its co-founder and first director, the artist Hilla von Rebay.
The Solomon R. Guggenheim Museum is an internationally renowned art institute, located at one of the most architectural icons of NYC.

The museum presents a collection of Impressionist, Post-Impressionist, early Modern and contemporary art and displaying artworks of famous artists including Picasso, Alice Mason, Chagall, and Van Gogh.
Alongside the exhibitions, there are various programs and events such as lectures, performances, and film screenings.

Open – daily 10 AM –5:30 PM, Summer Tuesdays until 9 PM, Saturdays until 8 PM and since 5 PM it is Pay as you wish fare.
For more information check the museum’s website. 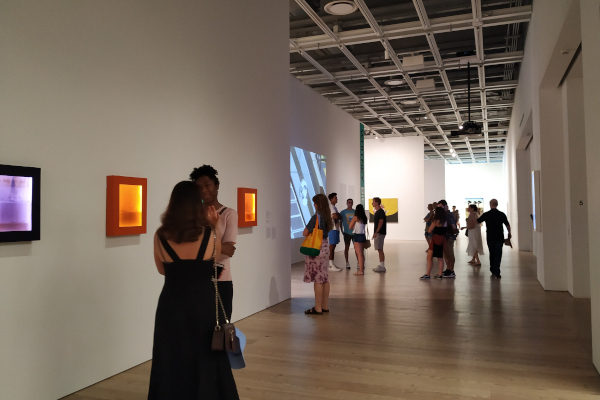 Founded in 1930 by the sculptor and art patron Gertrude Vanderbilt Whitney, the “Whitney” is a contemporary American art museum focusing on pieces created by living American artists.

In addition to the permanent and rotating exhibits, the museum hosts special events, such as open studios, Whitney staff art shows and the annual Whitney Biennial – an international art event showcasing works of young and less known artists.

The museum started as an art studio, where Whitney, with the assistant of Juliana Force who later became the museum’s first director, presented artworks of American artists who have been ignored by the establishments.
After the collection contained more than 500 pieces, and the Metropolitan Museum of Art declined her offer to donate it, Whitney decided to establish her own art institute.

Open Sunday-Thursday 10:30 AM- 5 PM, Friday-Saturday 10:30 AM – 10 PM. Tuesday open only during July & August.
Pay-What-You-Wish tickets on Fridays since 7 PM.
For more information check the museum’s website. 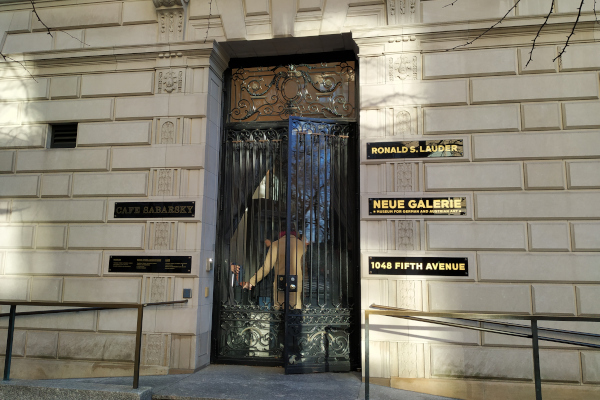 Located at Museum Mile in a beautiful building, the museum is devoted to the early twentieth-century German and Austrian art and design.
Presenting its permanent exhibitions at the first two floors and rotating exhibitions on its third floor.

Among the few female artists showcasing in the museum are- Editha Moser, Susi Singer, Jutta Sika.

The museum is also the home to the famous painting, The Woman in Gold, a portrait of Adele Bloch-Bauer I, painted by Gustav Klimt.
It became even more famous in 2015 after the release of the movie, Woman in Gold

, about the story of the painting who was stolen during WW2.

The building was renovated in 2001 by the architect Annabelle Selldorf.

Open – Thursday – Monday, 11 AM – 6 PM. Free admission 6 – 9 PM on the first Friday of the month.
For more information check the museum’s website.

Founded in 1895, the Brooklyn Museum is the second-largest art museum in the US, hosting a collection of more than 1.5 million artworks and artifacts, such as paintings, sculptures, and antiquities.

The exhibits categorized by culture – from Ancient Egypt to contemporary art, including European, Oceanic, Japanese and African art.

The museum holds pieces of world acclaimed artists, among them are Georgia O’Keeffe, Cindy Sherman, Mark Rothko, and Kara Walker.
The Memorial Sculpture Garden features architectural elements that were salvaged from the streets of NYC.
At the fourth floor is the Elizabeth A. Sackler Center for Feminist Art, dedicated to female and feminist art of the past and present.
It is housing Judy Chicago’s renowned “The Dinner Party”.

Also, there are various special events such as Pop-Up Performances, film screenings and market days.

Open – Wednesday – Sunday 11 AM – 6 PM, Thursday till 10PM and at the first Saturday of the month till 11PM (except September and July).
General admission is pay as you wish. Free on the First Saturday 5 – 11 PM.

Founded in 1972, the visual art museum is located at the historic building that was constructed for the 1939 World’s Fair.

On display, there are more than 10,000 items and artifacts that related to contemporary urban life, over 6,000 of them are associated with the 1939 and 1964 World’s Fairs, including the ”Panorama of the City of New York” – an architectural model of the city’s five boroughs.

The museum offers educational programs, workshops and special events such as performances and film screenings.

Founded in 1968 by a group of artists, activists, and philanthropists, the museum is dedicated to art made by artists of African descent, both African Americans and from the African diaspora. On display, there’s a collection of more than 2000 artworks including paintings, photographs, sculptures, prints, and videos. The Studio Museum is known for its Artist-in-Residence program which enables emerging artists to showcase their works alongside renowned artists such as Romare Bearden, Laylah Ali, Elizabeth Catlett, Jacob Lawrence, and Betye Saar. Special events include workshops, open studios, and studio salons. 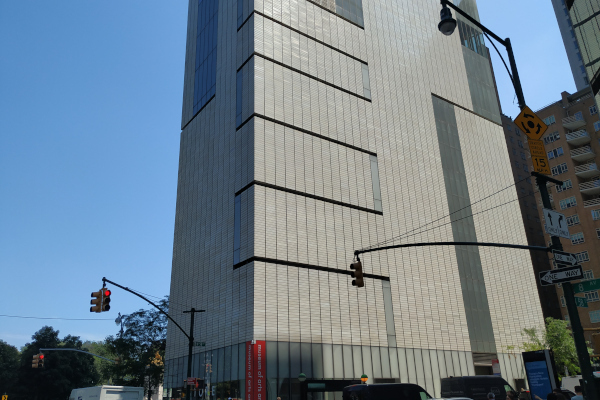 Founded in 1956 by Aileen Osborn Webb as the Museum of Contemporary Crafts with dedication to innovation in art, craft, and design throughout history.

Showcasing the ways creative processes enables materials to transform, both in traditional and modern techniques, as well as the limitless potential of various materials.

In addition to the permanent and rotating exhibits, the museum is housing the Tiffany & Co. Foundation Jewelry Gallery and a shop selling handmade design objects.

There are also educational programs and special events, such as workshops, artist studios talks, and design happy hours. 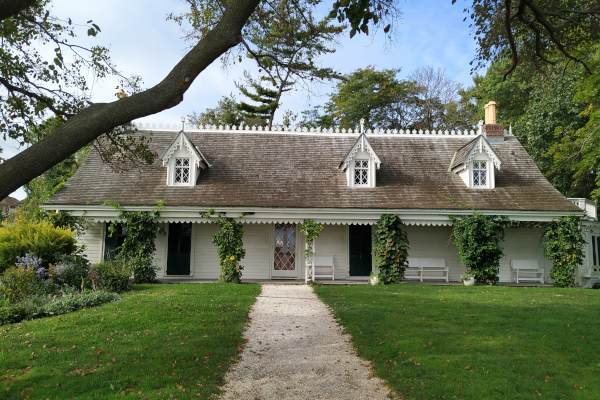 Dedicated to the life and work of one of the first female photographers in the US, Alice Austen.

The museum is located at the house she lived most of her life.
Showcasing a large collection of Austen photographs as well as rotation exhibitions of other photographers.

Austen photography is focused on immigrants, life in New York City and the LGBT community in the beginning of the 19th century in New York.

For more information check this link.

The first museum in the world dedicated to posters.
The museum presents posters from the 19th century till these days.

Reviewing the posters’ role in history, the changes it went through over the years in terms of use, graphic design and more.

Learn about the human’s history by observing posters from different eras and times.