Home > Explore In Depth > Boston, MA Articles > The Many Mothers of Mother’s Day

The history of Mother’s Day holiday in the US is based on a collection of individual efforts across the country, delivered by several mothers (and one father), originating in active citizenship and becoming a commercial sales promoter. 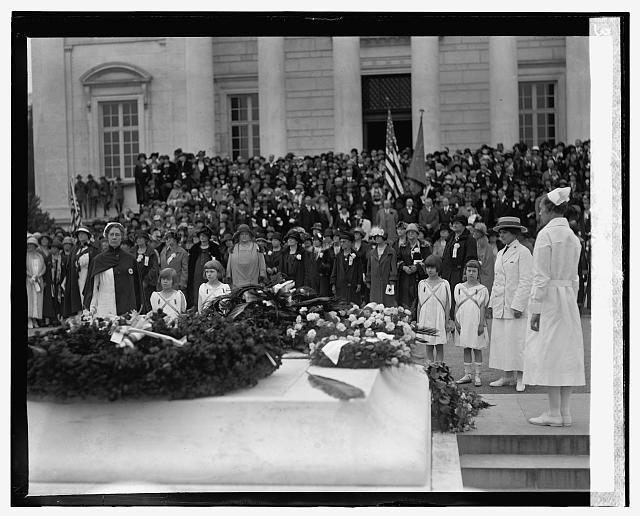 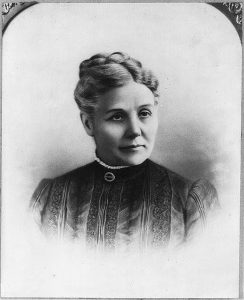 The first step towards establishing a day to honor mothers, according to the documented popular history, is attributed to Ann Reeves Jarvis of West Virginia. In the 1850s and 1860s, she initiated Mother’s Day work clubs to improve sanitary conditions to lower infant mortality.

During and after the Civil War, the clubs added to their mission to promote peace and healing among the divided people. This transition has culminated in Mother’s Friendship Day picnics for advancing pacifist thinking and unity.

The first Mothers’ Friendship Day was held in 1865 in Pruntytown.

Jarvis organized it to facilitate conversations between soldiers and residents of various political affiliations. It became an annual event for several years, addressing the post-war tensions in the community. 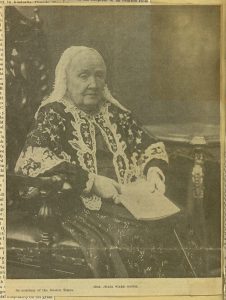 Julia Ward Howe from Boston Times at the end of the 18th century. Photo credit- Library of Congress.

The second mother of Mother’s Day is poet Julia Ward Howe of Boston who too was passionate about the link between motherhood and activism. In 1870 she published “Mother’s Day Proclamation”. Initially titled “Appeal to womanhood throughout the world” it was an urgent plea for women to gather and take an active political role in promoting peace.

“Arise all women who have hearts” were the first words of the historic document. Her idea of Mother’s Day was for women to come together as a general congress to “counsel with each other as to the means whereby the great human family can live in peace”.

For several years, starting in 1872, she organized the Mothers’ Peace Day Observance in Boston every June.

Howe encouraged women in other places to gather once a year wherever they can, and speak, sing or pray for peace.

Other cities, such as New York, Philadelphia and Chicago marked June 2nd as the annual Mothers’ Day with special services popular with peace activists.

At the same time in Albion, Michigan, temperance activist Juliet Calhoun Blakely inspired a local Mother’s Day. In the late 1870s, she volunteered to lead her church service, suggesting a collective of mothers to join the anti-alcohol movement.

Her action was exceptional considering the gender roles of the time. Her sons acted with enthusiasm to celebrate her birthday in May as the Albion Mother’s Day, a tradition which started from 1880.

In the local folklore, Juliet is remembered as “The Original Mother of Mother’s Day”. The State of Michigan has placed a historical marker in honor of her story on the corner of Ionia and Erie streets in Albion, where the church once stood.

Around the same time, in the Henderson County of Kentucky, teacher Mary Towles Sasseen conducted Mother’s Day programs in local schools. The tradition started in 1887 and later even included publishing a Mother’s Day booklet in 1893.

She went further, traveled to promote the Mother’s Day initiative, and suggested to the state Education Association to establish an annual Mother’s Day on her mother’s birthday in April. The initiative was adopted by the city of Springfield, Ohio.

Another co-parent of Mother’s Day in the US is Frank Hering, a football coach and player. While he was working as a coach at the University of Notre Dame, he saw students in a classroom preparing postcards for their mothers.

The activity inspired him, and in 1904 he suggested in the Indianapolis gathering of the Fraternal Order of Eagles to set aside a day in the year “as a nationwide memorial to the memory of Mothers and motherhood.” The Eagles embraced the idea, and until today the organization is celebrating Hering as “The Father of Mother’s Day”. 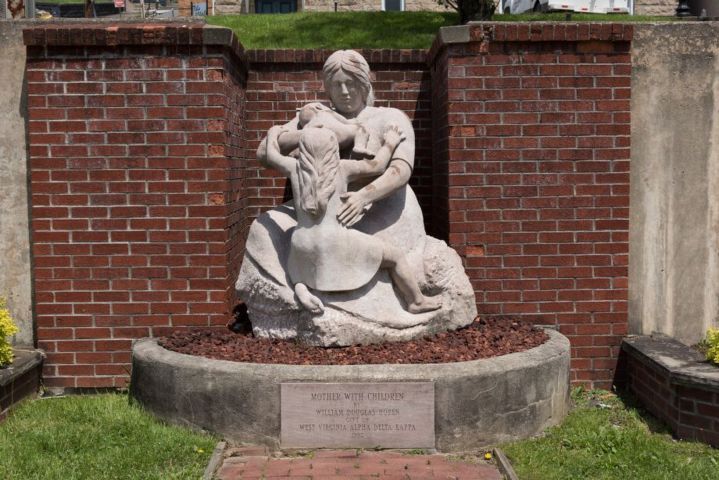 The most credited mother of Mother’s Day is Anna Jarvis, the daughter of Ann Reeves Jarvis. She was not a mother herself, but when Anna Jarvis lost her mother in 1905, she was inspired to organize a Mother’s Day observance. She devoted her life to establish an official national Mother’s Day.

Her first Mother’s Day was held in May 1908 at Grafton, West Virginia. The church that hosted the service was later renamed as the International Mother’s Day Shrine. The following year she organized for Mother’s Day to be celebrated in her own city of Philadelphia.

Anna Jarvis’ idea of Mother’s Day was to celebrate the personal relationships between a mother and her children, to encourage them to spend time together – not a massive national celebration of mothers.
She insisted on the singular “Mother’s Day” rather than the plural “Mothers’ Day”.

Her campaign through letter-writing, local churches and government was successful, and in 1914 Mother’s Day was officially made into a national holiday, designated as the second Sunday of May by President Woodrow Wilson.

The house where she was born in Webster, West Virginia, is listed on the National Register of Historic Places and functions as a museum.

Industry of Billions – The Commercialization of Mother’s Day 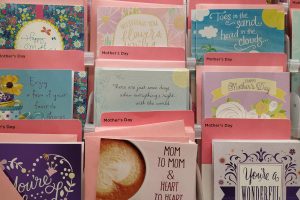 In the public domain, Mother’s Day was used for various purposes by different interest groups. It became an economical engine for commercial companies promoting consumerism and charity fund-raising initiatives.

Anna Jarvis objected to both, and actively protested against what she saw as her “baby” – considering Mother’s Day as her own intellectual and legal property. She even got arrested once, when crashing the 1925 confectioners convention in Philadelphia.

“To have Mother’s Day the burdensome, wasteful, expensive gift day that Christmas and other special days have become, is not our pleasure”, she wrote in the 1920s.

On another occasion, she was quoted saying that “A printed card means nothing except that you are too lazy to write to the woman who has done more for you than anyone in the world”.

Ironically, her first Mother’s Day celebration was made possible by collaborating with Philadelphia department stores and the floral industry. The carnation, the favorite flower of Anna Jarvis’s mother, became the flower of Mother’s Day.

She organized boycotts and filed multiple lawsuits against those she saw as damaging the good name of Mother’s Day. In 1934 she also disproved of Franklin Delano Roosevelt’s initiative of launching a Mother’s Day postage stamp.

Despite her determined spirit, the forces of Capitalism won the battle. In the 1920s Hallmark Cards started marketing Mother’s Day cards.

Today Mother’s Day annual spending in the US is around $23 billion. On average, Americans spend more than $150 on Mother’s Day gifts, with 77% buying greeting cards and 70% sending flowers to their mothers.

Mother’s Day is also reported to be the most popular holiday for dining out.

If you still wish to celebrate Mother’s Day and bring a gift to your mom, we offer to add an extra value to it and treat her with one of the items from the WWP shop.
That way you will bring something that both inspires and honors the legacy of remarkable women. By wearing a shirt with the words of those great women, your mother can commemorate and spread messages of empowerment, solidarity, and beauty everywhere. 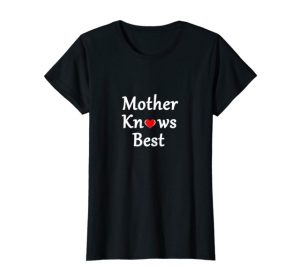 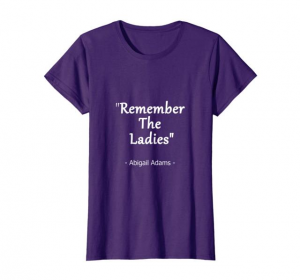 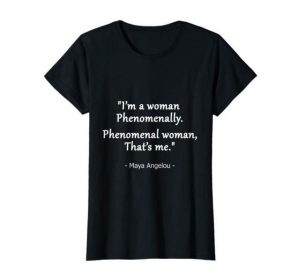 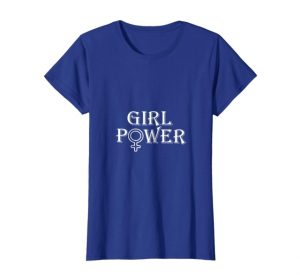 The establishment of Mother’s Day has inspired an initiative for Father’s Day.
In 1909, Sonora Smart-Dodd, the daughter of a single dad of six from Spokane of Washington State, decided to promote an observance to honor her father. She encouraged local churches to institute the first Father’s Day in 1910.

Father’s Day became an official national holiday only in 1972. President Richard Nixon declared it to be the third Sunday of June.

According to recent statistics report, more than 2 million US children have an LGBTQ parent, and
about 200,000 are raised by a same-sex couple.
In 1994, responding to the need for gender-neutral narratives, President Bill Clinton declared a “Parent’s Day” for the last Sunday of July. It remains less known than Mother’s Day.

The holiday that was born in the spirit of activism still has some traces of protest in it, despite its massive commercialization.
While most of the families spend Mother’s Day in shopping malls, there are some who use the occasion critically, advocating for positive change, and pushing for political causes.

Another initiative that holds on to the initial women-empowerment spirit of Mother’s Day is National Black Mama’s Bail Out Day – raising funds to help bail out incarcerated black mothers in order to spend Mother’s Day with their children.

Since 2007 the Golden Gate bridge of San Francisco turns into a protest platform on Mother’s Day, with the annual Codepink Mother’s Day Walk for Peace. The participants wear pink and march holding signs with peace messages. 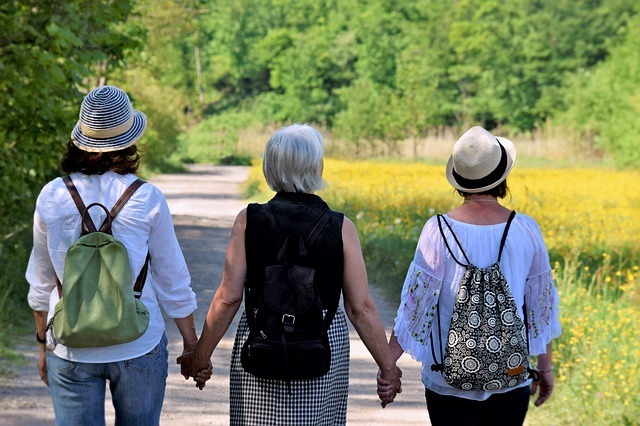