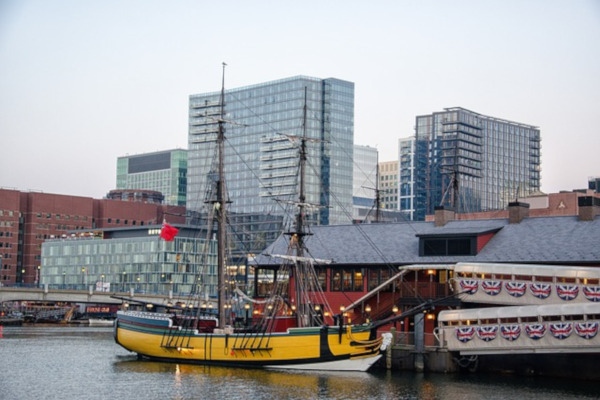 The perfect place to learn and experience the events that led to the Boston Tea Party and the American Revolution. Touring the museum with a professional guided tour will guide you through the sequence of events that led the Bostonians to throw boxes of tea bags into the sea to protest the high taxes. Presented in the museum are- 3D film, interactive exhibitions as well as an option to have a tea break at the Abigail’s Tea Room and Terrace while enjoying views of the waterfront and the skyline of the city.

Open daily 10 AM – 5 PM on season and 10 AM – 4 PM off season. Every 16th of December the Annual Boston Tea Party Reenactment is happening. 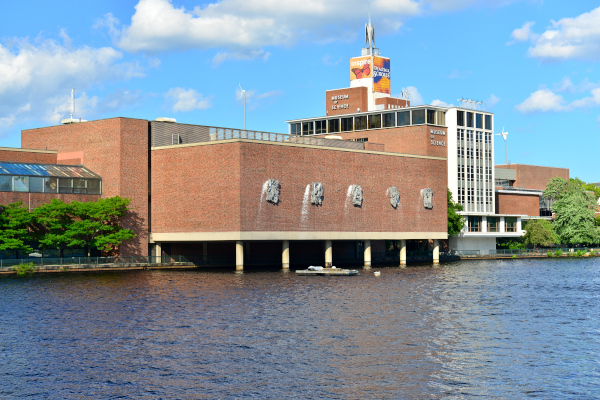 The museum was co founded by Barbara and Brad Washburn, whose statue is located at the entrance of the museum. 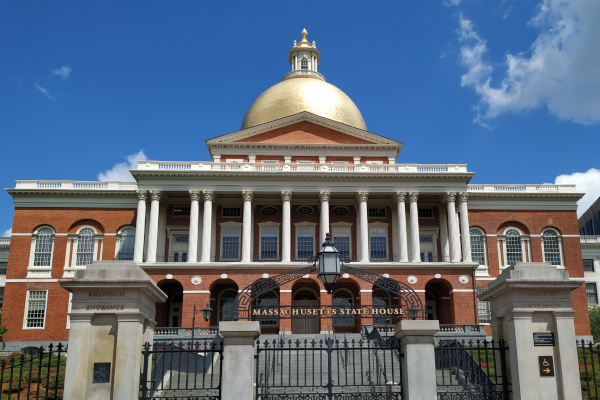 Since 1798, this building is the home of the Massachusetts government. It was designed by Charles Bulfinch and the golden dome was coppered by Paul Revere. The structure represents the principles of freedom and self-governance that sparked the American Revolution. Visitors can visit the House by following a free guided tour which explores the various rooms and view the artifacts that depicts the state’s heritage, including the Hall of Flags – a collection of over 400 flags that honors Massachusetts’ soldiers, the Great Hall and the Doric Hall displaying busts of significant figures in the state’s history, statues of George Washington and a portrait of Abraham Lincoln. Watch the government in action at the House of Representatives’ gallery, and don’t miss the Sacred Cod and Holy Mackerel that according to tradition, brings success to the state.

Notice, on both far sides of the State House located two statues of pioneering women of Boston. On the left is Anne Hutchinson Statue and to the right, Mary Dyer Statue. 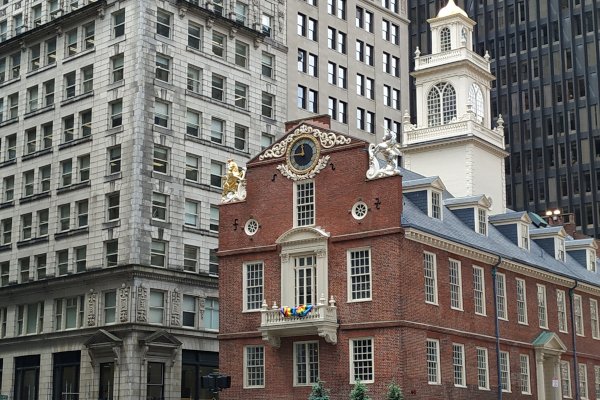 Standing in this place since 1713, makes it one of the oldest buildings in the US. It housed different government branches, one of which was the Massachusetts government. Today, the building serves as a museum showcasing exhibitions on the history of the building and core historical events of Boston and the American nation.

Guided tours are offered daily, and occasional events are held with the famous annual event on the first Sunday of March, the Boston Massacre is reenacted. June through October characters from the American Revolution come to life to meet the visitors.

In front of the Old State House, there’s a mark commemorating the site of the 1770 Boston Massacre, in which British soldiers that were harassed by a mob, shot into the crowd, killing three people and seriously wounded others. 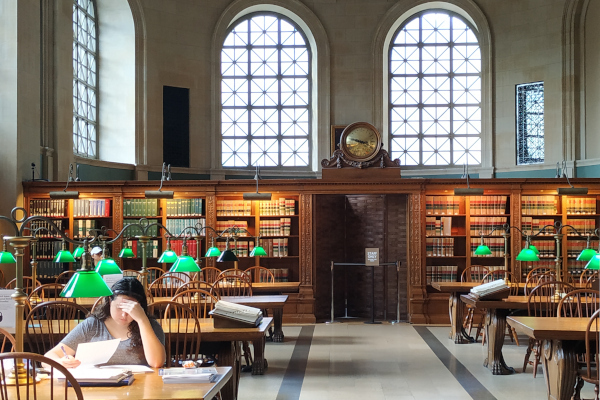 The one of the firsts and the third largest free municipal library in the US, founded in 1848 and located in its current location since 1895. The beautiful buildings has an inner courtyard, decorated murals on the walls and ceilings, statues and paintings that can be viewed via the library’s daily art and architecture tours, . Do not miss visiting the iconic reading room, Bates Hall where you will also see the statue of Lucy Stone made by Anne Whitney. 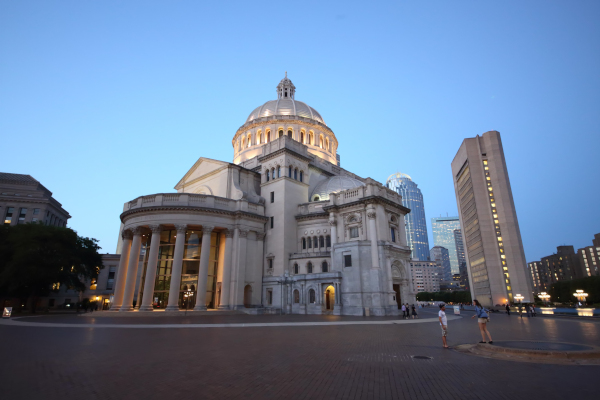 The library was built in the early 1930’s to house the Christian Science Publishing Society. Today, the building serves as a museum as well as an archive for the letters, sermons and manuscripts of Mary Baker Eddy – a teacher and author who conceptualize the Christian Science movement. At the museum you will learn about the history of Christian Science and the story of its founder, explore the famous Mapparium – a three stories glass globe, and enjoy various exhibits and special events.

Dedicated to the history of Massachusetts, but also preserve national significant original documents and written texts, such as the Declaration of Independence, the Bill of Rights and the Constitution of the Commonwealth of Massachusetts. The museum offers interactive exhibits depicting the common heritage of Massachusetts, including the first settlement and the Bay Colony, the Occupation of Boston and a special “Suffragist of the Month” display. 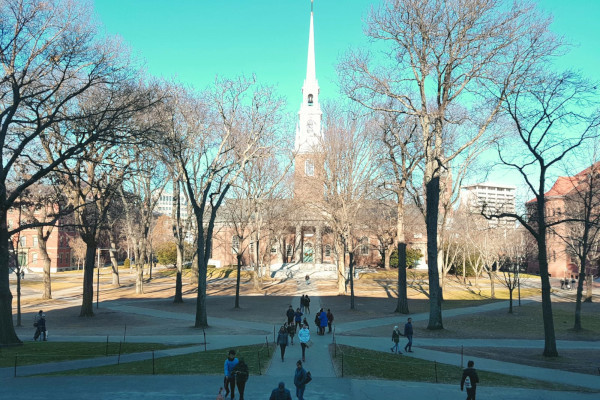 Originally a cow pasture, the 25-acre green space holds Harvard’s oldest and longest-standing buildings. Stroll around the campus, pass by Tercentenary Theatre, where the commencements are occurring and visit Massachusetts Hall – Harvard’s oldest building. Learn about the school’s history in the Memorial Church and explore rare books at the Houghton Library. You can also visit one of the school’s museums, including the Sackler Art museum and the Peabody Museum of archaeology.